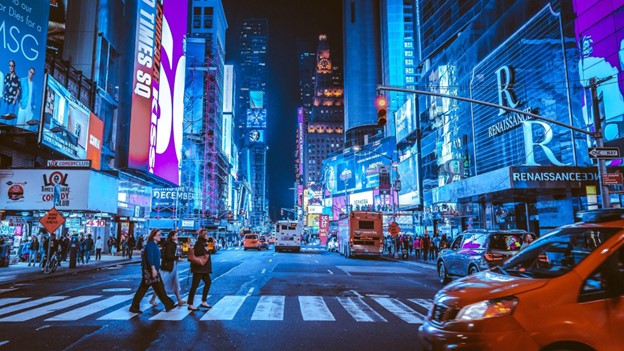 What do you get when you combine Hollywood Boulevard and Las Vegas? Something not too dissimilar to Times Square in New York. The bright lights, always ‘on’ vibe, and milieu of sounds and smells is a cauldron of activity—and now, the race is on for a casino to be built in the heart of New York City as well. With gambling legal in metropolitan New York from 2023, several companies are vying to be the first mover, with the news announced recently about a potential casino in Times Square. 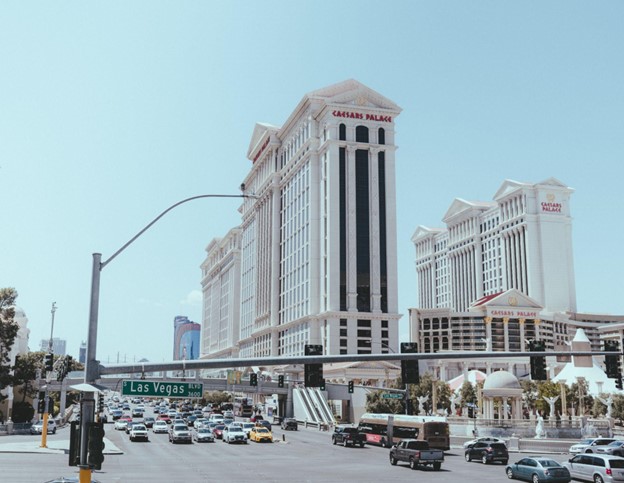 When it comes to gambling in America, there are few names big or more well-known than Caesars.

So when Caesars announced recently that they had plans to build a casino in the heart of New York City, people took notice. Intended to go by the name Caesars Palace Times Square, the casino would be located in the old location of the MTV Time Square studio. This location is currently being used as a 54-story office building and is right in the heart of Times Square at 1515 Broadway.

According to Caesars Entertainment, that casino would be looking to match the culture of the location. Plans exist for the development to include a full-size Broadway theater as part of the premises, which would be used to attract foot traffic and hold regular shows of the popular Lion King production.

While Caesars Entertainment undoubtedly has some serious muscle behind them in terms of making projects like this a reality, there are still several obstacles in the way of this casino being built.

Many are concerned that a casino would be detrimental to the heart and soul of Times Square. Years ago, the area used to be much less attractive. It was a hot spot for crime, loitering, and peep shows, with people congregating there to engage in illicit activities and drink alcohol. The result was that Times Square was known as a fairly unpleasant, seedy part of town that smelt and looked dirty.

However, under mayor Rudy Guiliani, the area was revitalized. Pedestrian-only zones were implemented yet monitored, and crime was cleaned up and better law keeping enforced, turning Times Square into what it is today—a tourist attraction and hub of activity. Locals worry that if a casino is introduced, it will attract some of the activities that the city has worked so hard to eliminate from the area.

The Race for a Casino in Manhattan

Currently, there are no casinos in Manhattan.

The region has legalized casinos in metropolitan New York City from 2023, and there is great anticipation for their demand. In the first six months of mobile sports betting being legal, $302.3 million of revenue was generated, and now that residents have the option to explore online casinos from the comfort of their own homes and devices, it has proven to be a very popular activity.

Now, the race for a land-based casino in Manhattan is on as well. The government is in the process of awarding new licenses and approving projects, with the starting cost for a casino license sitting at $500 million. MGM, Resorts World, and Wynn Resorts are all reported to be in the race to be the first developer alongside Caesars Entertainment.