In The Subtle Knife, Daniel Crooks takes us on a contemplative journey through time and space. Moving slowly down a never-ending train track, the scenery disappears into a series of constantly receding frames, forming a surreal landscape of alternate realms and infinitely expanding possibilities.

Until January 31st you can see this work displayed as part of the Times Square Moment.

As the camera pans backwards on a course that smoothly shifts between abandoned interiors and empty railway lines, an infinite chain of mirrored portals shrink along the tracks in the rear-view. These spectral shapes puncturing the shifting horizon evoke the concept of the ‘subtle knife’ – the blade from author Philip Pullman’s His Dark Materials series that can tease apart the fabric of space and time, cutting new paths into alternate universes. The work also harkens back to the phantom ride films of the 1890s and early 1900s, in which a camera strapped to the front of a vehicle films the tracks and scenery ahead while the vehicle itself was left unseen. Crooks captured the perfectly constant tracking shots by using a custom-developed motion control system, painstakingly stitched together in post-production to become a seamless journey through a composite world.

The Subtle Knife ushers in the new year by distorting space and time while underlining a sense of passage and transition. Entrancing, slow, and seemingly boundless, January’s Midnight Moment draws us into parallel worlds, challenging our perceptions or reality amidst Times Square — a space of transit and constant motion, whether in the plazas or on the subway tracks below.

The Subtle Knife is presented in partnership with Asia Society on the occasion of their inaugural Asia Society Triennial, a festival of art, ideas, and innovation slated to run October 27, 2020 through June 27, 2021.

Daniel Crooks (B. 1973, Hastings, New Zealand) lives and works in Melbourne, Australia. Crooks works predominantly in digital video, photography and installation. He is best known for his digital video and photographic works that capture and manipulate time and motion. He is a graduate of the Auckland Institute of Technology and the Victorian College of the Arts (School of Film and Television). The artist has been the subject of numerous international solo and group exhibitions at institutions including Australian Centre for the Moving Image, Melbourne (2016); Samstag Museum of Art, University of South Australia (2013); Museum of Contemporary Art Australia (2012); Adelaide Biennial of Australian Art (2012); and Tate Modern, London (2010). He has been the recipient of a number of awards and grants such as the Prudential Eye Award, Singapore (2013), and the Basil Sellers Art Prize, Melbourne (2008).

Asia Society is the leading educational organization dedicated to promoting mutual understanding and strengthening partnerships among peoples, leaders, and institutions of Asia and the United States in a global context. Across the fields of arts, business, culture, education, and policy, the Society provides insight, generates ideas, and promotes collaboration to address present challenges and create a shared future. Founded in 1956 by John D. Rockefeller 3rd, Asia Society is a nonpartisan, nonprofit institution with major centers and public buildings in New York, Hong Kong, and Houston, and offices in Los Angeles, Manila, Melbourne, Mumbai, San Francisco, Seoul, Shanghai, Sydney, Tokyo, Washington, D.C., and Zurich.

The inaugural Asia Society Triennial, a festival of art, ideas, and innovation, will be launched in spring 2020. This first edition of the Triennial will include a multi-venue exhibition, policy discussions, forums, and performances. The centerpiece of the Triennial, an exhibition entitled We Do Not Dream Alone, will open to the public on June 5, 2020 and continue through August 9. It will be the first recurring multi-venue, multimedia exhibition initiative in the United States dedicated to contemporary art from and about Asia. 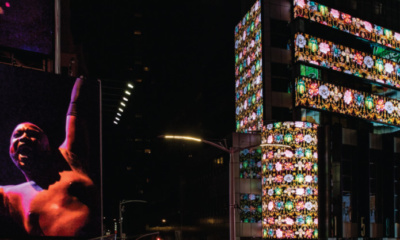 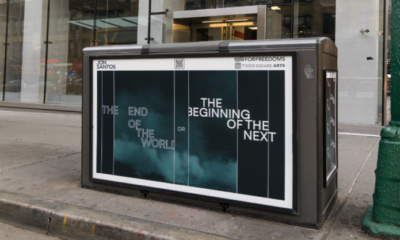 Messages for the City: Dreaming Forward 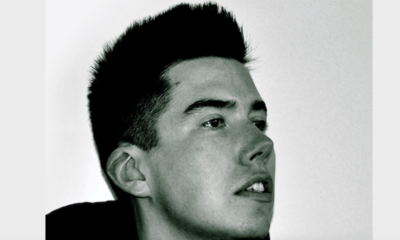 WriterDecember 12, 2020
Read More
Scroll for more
Tap
Pixar and Disney +’s Soul Finds Musical Magic in Jazz and the Line Drawn Before and After Life
Joan Micklin Silver A Director Who Fought For Women Passes On