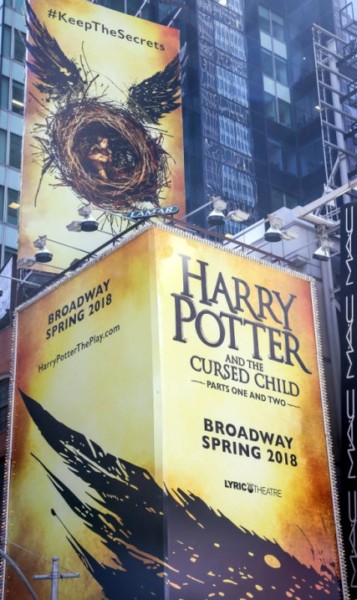 Times Square got more than it bargained for when a naked man streaked into the Crossroads of the World. On Thursday a curly-haired man at 11:30 a.m. ran across the red TKTS stairs on Broadway and Seventh Avenue near West 47th Street. He headed three blocks south, where he fell and a half-dozen cops tackled, handcuffed and placed a black garbage bag around his waist. He was given a white sheet before being put in the back of a Mount Sinai ambulance and taken into custody. 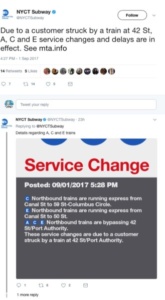 A person was critically injured after being struck by the C train Friday evening in Times Square. The FDNY responded to the West 42nd Street and Eighth Avenue station shortly after 5 p.m. and transported the person — who was not identified — to Bellevue Hospital. The person was in critical condition. 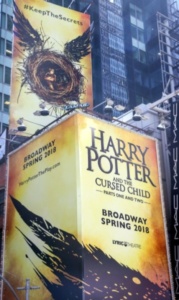 Harry Potter and the Cursed Child unveiled it’s billboard. The two-part play, doesn’t begin performances until March 2018 at the Lyric Theatre, which is currently undergoing renovations to house the show. Opening night is set for April 22.