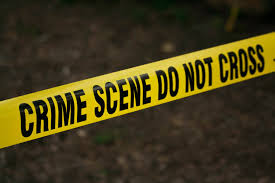 Shooting and gunfire happened this morning on West 41st Street near Seventh Avenue around 12:10 a.m. The reason was a BMW clipped a dirt bike rider. The police found shell casings but the BMW owner is still on the loose.

As crime continues in NYC de Blasio acts as if nothing is happening. Thanks to his bail reform, criminals are given a slap on the hand unless they hurt someone in the government.

I guess your punishment goes with who you hurt. Avon Darden, 16 shot US Marine Samuel Poulin in the back and then 10 days later turned himself in. He is charged with attempted murder and gun possession. Poulin is the newlywed son-in-law of ex-Pentagon official who served more than 30 years as a member of the Army Special Forces and was commander of the US Central Command’s Special Operations Command in Lebanon. He then spent two years as assistant deputy director for counterterrorism under the Joint Chiefs of Staff, briefing the White House and members of Congress in addition to “orchestrating national command and control and strategic nuclear watch,” according to his resume. Jack Jensen was hired by the Treasury Department, where he’s now principal director for policy and strategy in the Office of the Assistant Secretary for Management.

Darden who was chasing and shooting at another man, he’d been arguing with. The bullet hit the ground and struck the 21-year-old tourist in the back.

Acting Supreme Court Justice Stephen Antignani determined Darden would be tried as an adult, but what about the other criminals who hurt unsuspecting tourists where the violator got a slap on the hand?

The justice reform movement, eliminates cash bail and has put the criminals back on the street to repeat their crimes. Due to state-level bail reform shorter prison sentences, and less of a NYPD presence and support arrests can end up quickly back on the streets.

Out of ten subway murders, six of the suspects had prior records and were released from jail, due to bail reform. Bail reform and the reduction of police has put public safety at risk. 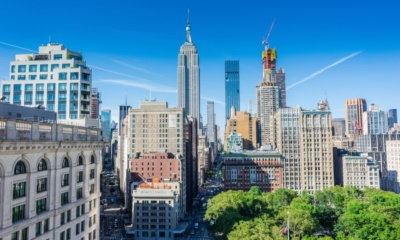