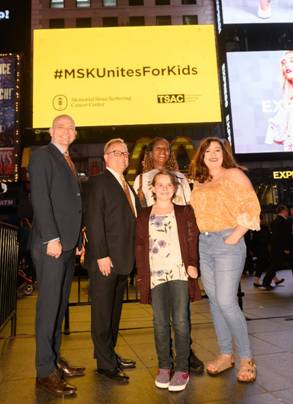 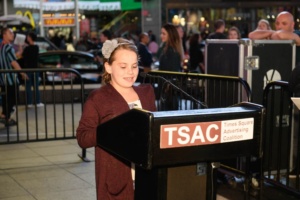 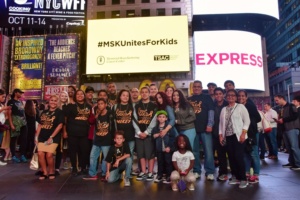 ”It is an honor to be able to use the Times Square Clear Channel Outdoor digital screens for such an important cause. Tonight marks the fifth annual year we have turned the heart of Manhattan gold in an effort to help raise awareness of pediatric cancer,” said Jim Campbell, Chair of the Times Square Advertising Coalition. “On behalf of TSAC, I am proud that the members of our organization continue to support this monumental event and hope we can get one step closer to finding a cure.” 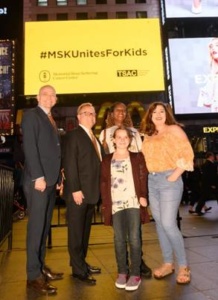 Dr. Stephen Roberts, MD, Department of Pediatrics at Memorial Sloan Kettering Cancer Center addressed the crowd to talk about the importance of ongoing efforts in pediatric cancer research. Campaigns like these are crucial raising awareness as only four percent of the National Cancer Institute’s budget is dedicated to researching childhood cancers.

“It’s really a privilege of mine to be here.  We need to get this message out to the world,” said Dr. Stephen Roberts.  “These kids are out there and we need to do everything that we can to continue to try to improve treatments and raise awareness for them.” 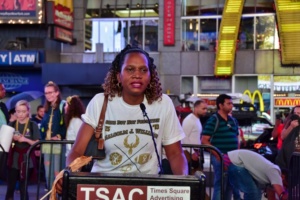 Carolyn Williams, Brooklyn resident, spoke about her son’s battle with Osteosarcoma, a type of bone cancer. Unfortunately, Malcolm lost his battle in 2016 at the age of fifteen. Carolyn spoke to the crowd about her story in an effort to help raise awareness in memory of Malcolm.

“Thank you to Memorial Sloan Kettering Cancer Center.  They did a wonderful job trying to save my son.  He’s my hero,” said Carolyn Williams

“I’m here today due to the research done by so many devoted doctors and researchers at Sloan Kettering and I am so grateful for the care I have received,” said McKenzy Hupke.  “I’m so grateful for events like Times Square Goes Gold that are bringing amazing awareness to childhood cancer in such an amazing way and I hope to be part of many more all year round.”

Reese Kelly, a 10-year old 5th grader from Fairfield, CT and an MSK patient who was diagnosed with Ewing’s sarcoma, also addressed the crowd in Times Square.

“Without MSK and their amazing doctors and nurses and the research they do I wouldn’t have had those treatments to help me get better,” said Reese Kelly. “I am so happy to be a part of this night celebrating Go Gold for Pediatric Cancer Awareness Month.  MSK does a really good job for treating kids with cancer but with more funding they could find even better ways and new treatments.  Going gold is a good way to raise awareness.  It helps us to remember that there have been kids who have won their battle but there are many who are still fighting.” 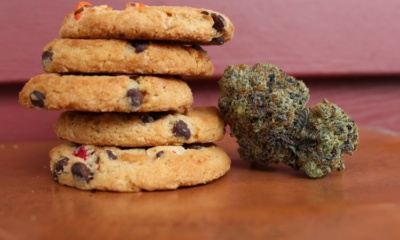 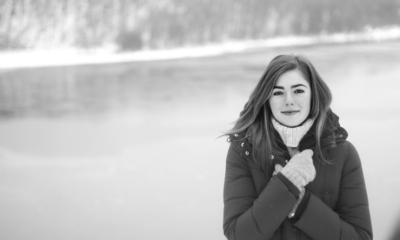 A More Relaxed Lifestyle: How to Keep Stress Levels to a Minimum

Martin Polanco: Ways to optimize your wellness in the time of the pandemic 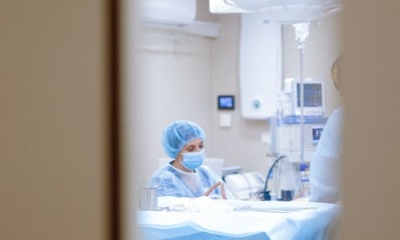 Ram Duriseti predicts the future of virtual clinic after the pandemic 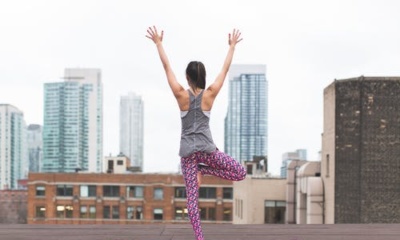 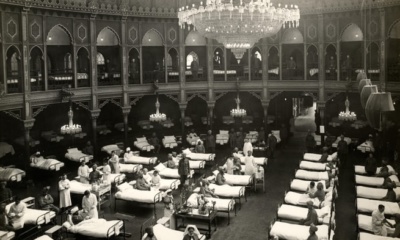 5 Reasons To Study For A Nursing Degree