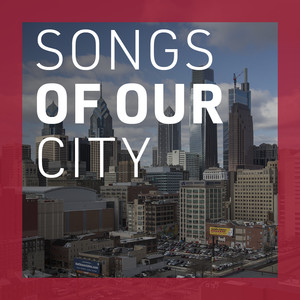 Songs for Our City will now begin on Monday, June 15 and will feature concerts nightly through the finale on Sunday, June 21, after postponement in solidarity with black communities in New York City and across the country who are fighting against the injustice of systemic racism. The core purpose of Songs for Our City remains relevant and urgent: to respond to the present moment and to work towards restoration and rebuilding, healing and uplifting the city by both supporting artists and engaging audiences. In line with this intention, the concerts will raise funds for Broadway Cares/Equity Fights AIDS’ COVID-19 Emergency Assistance Fund and the Broadway Advocacy Coalition, in support of their ongoing efforts to help Broadway heal, listen and become an anti-racist and equitable community. Each concert will also include a highlight on how audiences can take action to combat racial injustice by listening, growing, volunteering, and supporting.

Tituss Burgess, Toby Marlow and Lucy Moss, Andrew Lippa, and Adam Feldman have come on board to support artists within the music and Broadway communities, which have been significantly impacted by the pause on in-person events. In addition to offering a unique and interactive way for audiences to enjoy new music, the Alliance will be providing cash prizes for finalists and stipends for all participating songwriters in order to directly support artists and foster creative energy during this time.

“The world is pulling us all in such extreme directions! One thing we consistently turn to in times of great adversity is music,” said Tituss Burgess. “I’m eager to hear what has been brewing in the souls of these composers and I can’t wait for the world at large to be introduced to a new wave of creatives that will share unique lyrical and sonic perspectives!”

“Listen. If you listen, you can learn. If you learn, you can change. If you change, you can be more human,” said Andrew Lippa. “These actions apply to songwriting as much as they apply to living. Let’s all listen, learn, and change our way into a better future. With open hearts and open ears.”

“I’m excited that so many artists will have a chance to share their talents with the world,” said Adam Feldman.

The previously announced Songs for Our City will feature twenty-six Broadway actors and composers sharing new original songs about their feelings right now, community, and Broadway and the Theater District. The participants will perform their songs during a series of seven concerts that will be livestreamed for free to the public. Audiences will be able to vote to send one participant from each of the initial six concerts into the finale, and for their favorite finalist to receive the Audience Choice Award in the final concert. The judges will select the overall winner at the end of the finale, which will coincide with Make Music New York on June 21.

All artists participating in the songwriting challenge are previous performers from the Broadway Buskers concert series, which showcases Broadway performers’ original music through summer concerts in the Times Square pedestrian plazas as part of the Alliance’s annual free public programming. The Songs for Our City series will be hosted by Broadway Buskers host and curator Ben Cameron.

The concerts will be streamed live at 7:05PM EDT at TSQ.org/Songs, immediately following the collective applause for essential workers in NYC. The full schedule and list of performers is as follows: