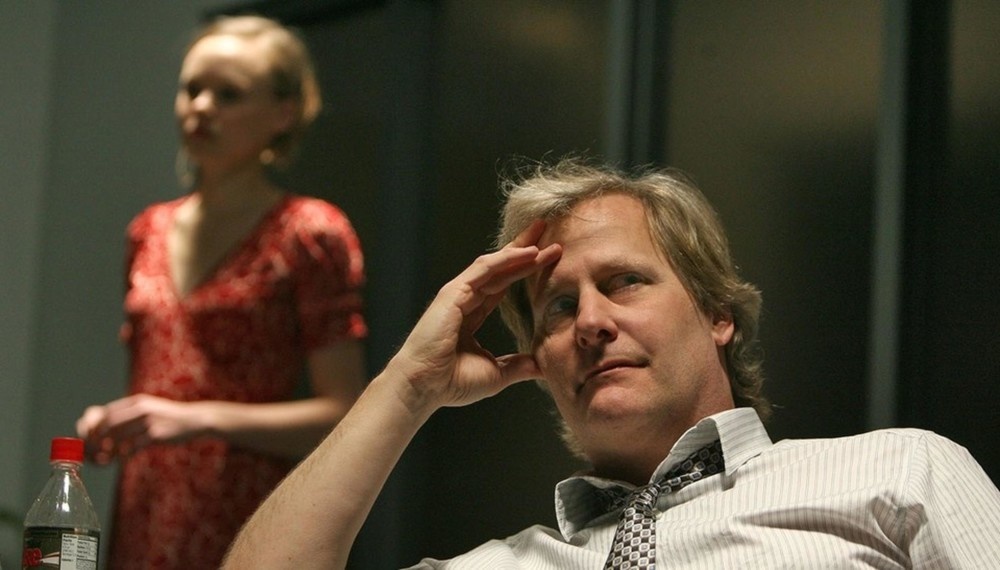 To Kill a Mockingbird started off as a novel by Harper Lee published in 1960. It was immediately successful, winning the Pulitzer Prize, and has become a classic of modern American literature. The plot and characters are loosely based on Lee’s observations of her family, her neighbors, and an event that occurred near her hometown of Monroeville, Alabama in 1936, when she was 10 years old. The story is told by six-year-old Jean Louise Finch. The main theme of To Kill a Mockingbird involves racial injustice and the destruction of innocence. 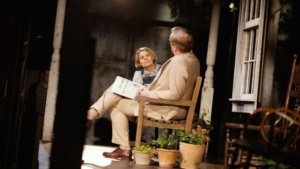 The story takes place during the Great Depression. Jean Louise Finch (Celia Keenan-Bolger) – nicknamed Scout– lives with her older brother, Jeremy (Will Pullen) – nicknamed Jem – and their widowed father, Atticus (Jeff Daniel), a middle-aged lawyer. Jem and Scout befriend a boy named Dill (Gideon Glick) one summer. The three children are terrified yet fascinated by their neighbor, the reclusive Arthur “Boo” Radley (Danny Wolohan). When Tom Robinson (a quiet yet powerful performance by Gbenga Akinnagbe), a black man, is accused of raping a young white woman, Mayella Ewell (the superb Erin Wilhelmi), Judge Taylor (Dakin Matthews) asks Atticus to defend him. During the course of the trial, Atticus faces the KKK intent on lynching Tom. When Scout, Jem, and Dill show up, Scout innocently breaks the mob’s mentality by recognizing and talking to a classmate’s father. 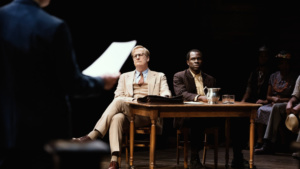 Atticus establishes that Mayella’s father, Bob Ewell (Frederick Weller) is lying. It was Mayella who made sexual advances toward Tom, and when her father caught her, he beat her. The jury convicts Tom anyway because he felt sorry for Mayella, which to the town means he did not know his place. Atticus is hopeful that he can get the verdict overturned, but Tom is shot and killed while trying to escape from prison. 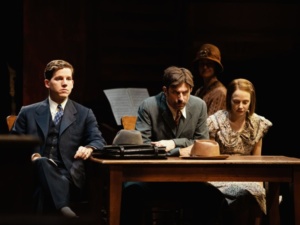 Bob Ewell, humiliated by the events of the trial, attacks Jem and Scout while they are walking home on a dark night after the school pageant. Jem suffers a broken arm in the struggle, but amid the confusion, someone comes to the children’s rescue. The mysterious man carries Jem home, where Scout realizes that he is Boo Radley. 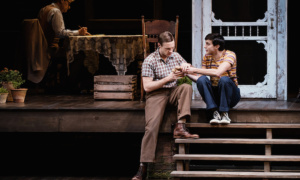 Sheriff Tate arrives and decides that to protect Boo’s privacy, as well as Jem, he will report that Ewell simply fell on his own knife during the attack.

Aaron Sorkin’s new Broadway adaptation of this iconic novel with Bartlett Sher at the helm is riveting, especially in the second act. They infuse our fragile American democracy into this production. Sorkin has given more of a voice to the African-American characters and this version pulses with relevancy. Though I do believe writers works should be protected and the estate is none too thrilled, I do not see really how much this work has changed, minus the time we are living in.

Atticus and the houseworker Calpurnia are described by Scout as behaving like brother and sister, but there is an uneasy air of resentment during the trial. Calpurnia confesses she has been exhibiting passive-aggressive behavior. After the trial, we learn the extent of how great the divide is between people of different colors.

Jeff Daniels gives a masterful performance as Atticus Finch. LaTanya Richardson Jackson brings the pain of the South to the play. Celia Keenan-Bolger commands the stage as the tomboy Scout. Will Pullen coveys a boy who is teetering on becoming a man who wants to protect and do the right thing. I found the most touching moments to be between Atticus and Dill (the heartbreaking Gideon Glick) and the “Town Drunk” Link Deas (the excellent Neal Huff). Deas becomes a pivotal part of this version, giving hope to humanity as he seems to understand the pain of racism.

Miriam Buether’s rustic set gives the show an authentic feel. Combined with Jennifer Tipton’s lighting, we feel immersed in this world of 1934.

I think this is the Tony Award-winning play, due to its message which rings so loudly silent in the air.

To Kill a Mockingbird: Shubert Theatre