To Poe or Not to Poe 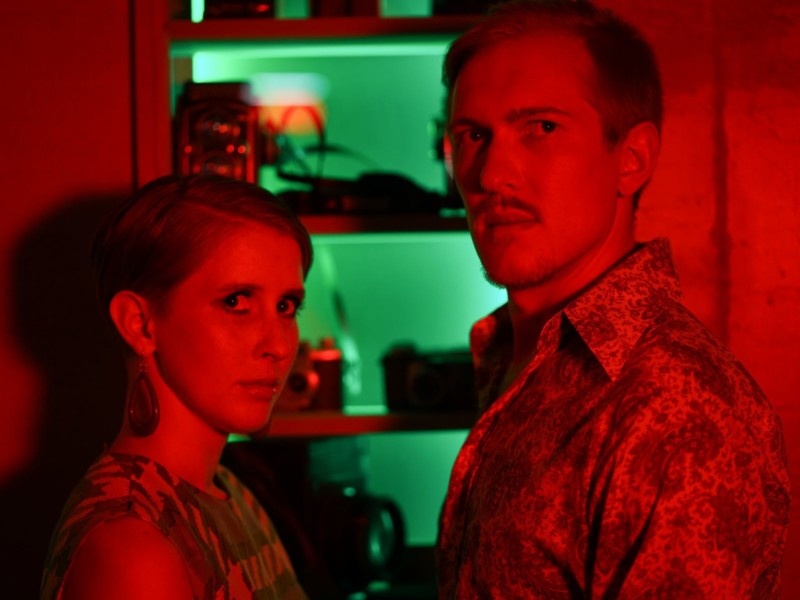 To Poe or Not to Poe

Wonderful acting and a great premise, should make for interesting and exciting theatre, however the script rambles on and on and on. Written by Nate Raven, conceived and directed by Aaron Salazar and performed at the RPM Underground, located at 244 West 54th Street The Cooping Theory: Who Killed Edgar Allan Poe, is a show that seems more like a way to sell alcohol. Maybe if my guest and I drank, we would have had a better time. Neither of us drink, so instead we were left out in the cold.

The Cooping Theory: Who Killed Edgar Allan Poe, is interactive theatre, in which guests are inducted into a secret “Poe” society. You start at a bar where you are encouraged to drink. When your number is called you are greeted by what seems like the cast of The Rocky Horror Picture Show, the rather scarily bizarre brother and sister team (Estelle Olivia and Brian J. Alford) who tell you to knock three times, if you dare, in order to be admitted.

You must swear an allegiance to Poe, which I never really did. I mean how can you, when you are told words have no meaning? From there it is time to go to a bar where food, drink and mingling is suppose to happen with the five actors. The problem is, if you do not initiate the interaction, you get none.

From there you wander aimlessly through halls in search of clues, as two of the actors sing a song which makes no sense.

Back to the bar for another round of drinks and a séance, but the sight lines are horrid, no matter where you are. It is October 7th 1969, the 100th anniversary since Edgar Allan Poe’s mysterious death. Other “Poe” members, Tom (Aaron Latta-Morissette), Anna (Makaela Shealy), Jimmy (Johnny Pozzi) and Gina (Samantha Lacey Johnson) ask psychic Madam Harlow (Dara Kramer) to summon the spirit of the great poet to find out the true reason of his death. The society believes it is due to research regarding the “cooping theory”.

What commences next is shrieking, wailing, convulsing, more wandering from room to room trying to figure out what the world this is all about. As you try and do this the music by Manuel “CJ” Pelayo and Conor Heffernan is blasted to a head-aching volume.

My guest and I never did figure out this show and after 2 1/2 hours didn’t care, we just wanted to escape and heal our minds from this on-slot.

The Interview: Dimitri Moise Talks About Giving the Public As Much As I Can
In Jaclyn Backhaus Wives We Are Asked to Bond and Untie