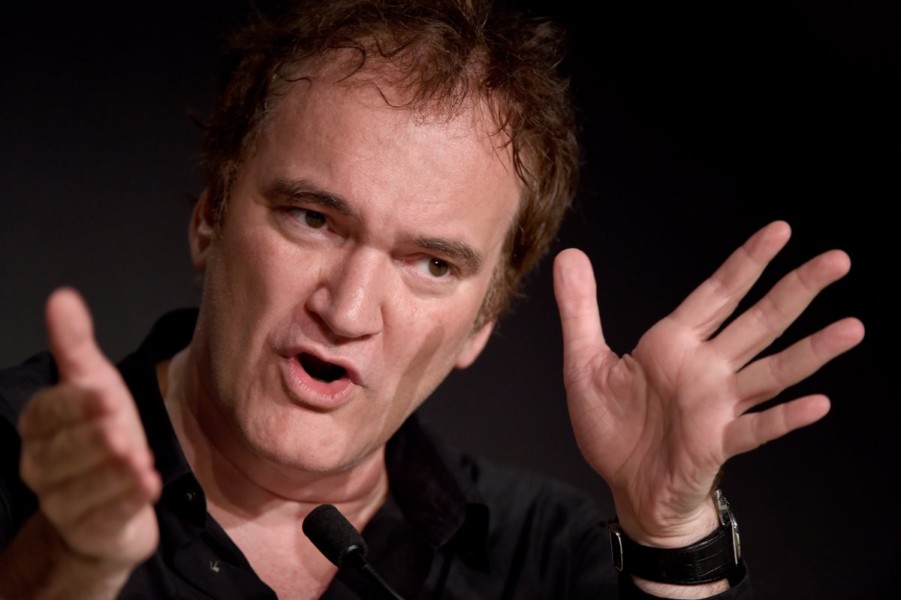 Tom Cruise to Star in Tarantino Epic about Charles Manson

Tom Cruise to Star in Tarantino Epic about Charles Manson

Quentin Tarantino is back! And it looks like Tom Cruise is in tow to star in a new 1960s-era film that touches upon the Manson Family, the notorious cult led by Charles Manson, with the title Helter Skelter. Tarantino’s previous film, 2015’s Hateful Eight, took him back to his western inspiration, and audiences are eager to see how one of the world’s most influential directors tackles a dark period in American history. What’s perhaps more interesting is the fact that Tarantino divested himself of the previous production companies that brought his movies to the screen, so a bidding war has begun in Hollywood for the rights to produce what will likely be a huge blockbuster.

Reportedly in the running, Warner Bros. pulled out all the stops for Tarantino’s visit, donning offices in 1960s garb and revealing a slew of 1960s-era cars to show the director how passionate they are to produce his new film. Harry Potter producer David Heyman is also reportedly on board, and Leonardo di Caprio, who finally snatched his elusive Oscar for his role in The Revenant in 2015, as well as Brad Pitt – previous Tarantino collaborators – are also in talks to appear in the film. But it’s the debut of Tom Cruise in a Tarantino flick that will most likely excite cinephiles, as the largely mainstream Cruise takes a darker turn for one of cinema’s most gory directors.

Cruise has experienced one of the most prolific acting careers in Hollywood. Beginning with his star turn in 1983’s Risky Business, and then solidifying his heartthrob and action man status in 1986’s iconic Top Gun that inspired an entire sunglasses trend. His filmography is extremely varied, from playing action stars in the Mission: Impossible(1996-present) and Jack Reacher series (2012-2016), to lighter characters in 1988’s Cocktail and 1996’s Jerry Maguire, and even touching upon vampires in 1994’s Interview with the Vampire. According to Betway, Tom Cruise’s turn in Rain Man (1988) is even rated as one of the best depictions of casino gaming in cinema, along with 1995’s Casino and 2008’s 21 starring Kevin Spacey. So Cruise’s acting range should certainly allow him to grasp onto whatever material Tarantino throws his way, and really allow himself to flourish in the role.

So far, Tarantino’s films have reportedly grossed $649,242,647, and this figure is expected to rise, with an average of $72,138,072 per major wide release feature. Perhaps equalling the amount of money made will also be the body count, which has ranged from merely four gruesome deaths in Jackie Brown (1997) to around 400 in the deliberately misspelled Inglourious Basterds (2009). Tarantino also has his own fairly large shoes to fill. The director/producer/writer/actor’s films are rated at around 70% or greater on aggregate review website Rotten Tomatoes, which sets the bar very high for his newest release. The fact that Tarantino is such a cinema stalwart and highly lauded sets the level he must surpass in order for cinema-goers to enjoy his film significantly higher than less established directors. But, as the numbers prove, Tarantino is definitely a man capable of succeeding in the job.

Tarantino Will Most Likely Rely on Past Collaborators

While there is little else revealed about the picture, there’s a good chance that Tarantino will delve back into his catalogue of frequent contributors. From Samuel L Jackson, who has so far appeared in 6 of Tarantino’s films, and stuntwoman turned actress Zoe Bell who has been present in the latter 5 of Tarantino’s flicks, to Uma Thurman and Tim Roth who have played pivotal roles in the past. Tarantino’s cinematography also features a cache of hallmarks that appear frequently in his body of work. The most notable of these are the trunk shot, or worm’s eye view shot from the point of view of the trunk of the car, to the god’s eye view shot that looks down directly on the characters from above. Tarantino films will no doubt be collating a list to check off for when the latest film premieres.

Will the Film Be as Violent?

One of Tarantino’s biggest draws, and as a double edged sword, the biggest criticism from his critics, is that the films are too gory, bloody and violent. Will the upcoming release be as violent? Most likely, given the subject matter and the director’s penchant for pain. But, that doesn’t necessarily detract from the topic of the film. The violence is often plot-driven and only occasionally gratuitous. Having said that, shocked viewers from his earlier films will most likely have their own opinions on this (see Kill Bill and Lucy Liu).

A new Tarantino feature is always exciting news for cinema lovers, from the casual viewer to the hardcore Tarantino fanboy. The adaptation of a real slice of history will not only creatively capture the essence of the time, but also cast a new light on a dark part of American history. Whatever happens, Helter Skelter will undoubtedly continue to whet our appetites with titbits of information and exclusive cast and crew reveals all the way to the premiere in 2019.

G. H. HARDINGJanuary 20, 2023
Read More
Scroll for more
Tap
Golden Globes: And The Winner Is Benj Pasek and Justin Paul
James Franco May Have Won The Critics Choice Awards But He Wasn’t There To Accept