Magda Katz
The World Premiere of Tom Gold Dance Founder and Director Tom Gold’s Rapid Oxidation will take place Tuesday April 10, 2018 with an encore performance on Wednesday April 11, 2018 at The Kaye Playhouse at Hunter College as part of the seventh annual New York City Season of Tom Gold Dance, the first program of the Company’s 10th anniversary. Gold’s Charm and Shanti, one of Gold’s earliest works, are also on the program. 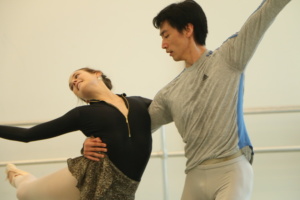 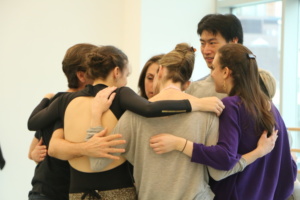 Based on characters from an episode of the television series Mozart in the Jungle, Rapid Oxidation portrays the passion of two individuals who ignite one another’s creative flame. The duet is set to “Kitchen Music,” “Body Music,” “3+2,” and “Mishmash” from Junk Music by Donald Knaack, known as The Junk Man.

Inspired by the birds of the Berkshires (a “charm” is a gathering of finches), Charm, to selections from Elena Kats-Chernin’s Unsent Love Letters: Meditations on Erik Satie for unaccompanied piano premiered in August 2017 at the Mahaiwe Performing Arts Center in Great Barrington, Massachusetts.

Tuesday, April 10 and Wednesday, April 11, 2018 at 7:30PM. The Kaye Playhouse at Hunter College, East 68th Street between Park and Lexington Avenues. Tickets,are available online at tomgolddance.org/kaye2018. Student tickets are $10 student with valid ID, in person only.
The mission of Tom Gold Dance is to bring the past, present, and future of classical dance to audiences in New York and around the world. Founded in 2008 by former New York City Ballet soloist Tom Gold, Tom Gold Dance aspires to the highest level of artistry expressed through a traditional classical dance vocabulary, including in more than a dozen works by Gold, envisioned for and set directly on the Company. 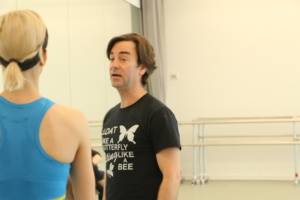 Internationally recognized dancer, choreographer, and instructor Tom Gold is the Founder and Artistic Director of Tom Gold Dance. A 2016 National Choreographers Initiative participant, Gold has created original works for his eponymous company, as well as for Vassar College, the Bermuda Arts Festival, Oregon Ballet Theater, the New York City Ballet Choreographic Institute, St. Louis Ballet, and many other dance academies, companies, festivals, television, and special events, including the Macy’s Thanksgiving Day Parade, the Bravo series Odd Mom Out starring Jill Kargman, and the New York City Fringe Festival for which he won the 2016 award for Overall Excellence for his work in the Joey Variations: A Play With Dance. A 21-year member (1987– 2008) of New York City Ballet where he rose to the rank of soloist, Gold is the choreographer and performer of the 2wice Arts Foundation’s DOT DOT DOT, an interactive iPad application by Abbott Miller of Pentagram.
Related ItemsdanceHunter CollegeMagda KatzMozart in the JungleNewRapid Oxidation
Dance