Tom Hiddleston is Thrilled Getting His Caricature at Sardi’s 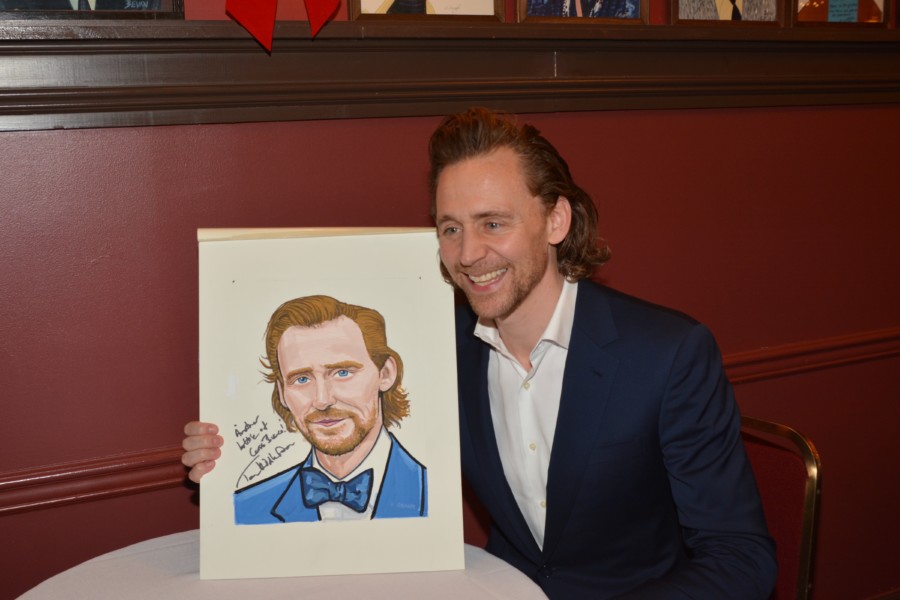 Tom Hiddleston is Thrilled Getting His Caricature at Sardi’s

The critically acclaimed production of Harold Pinter’s Betrayal bids farewell to Broadway on Sunday, December 8, but before it does British star Tom Hiddleston was honored on the wall at Sardi’s

This production formed the culmination of Pinter at the Pinter, an unprecedented London season of Harold Pinter’s work taking place over the 2018/19 season. This mammoth project consisted of over thirty pieces including all one-act plays by the most important playwright of the 20th century. Marking the tenth anniversary of Pinter’s death, Betrayal played in the West End theater that bears his name, breaking all box office records.