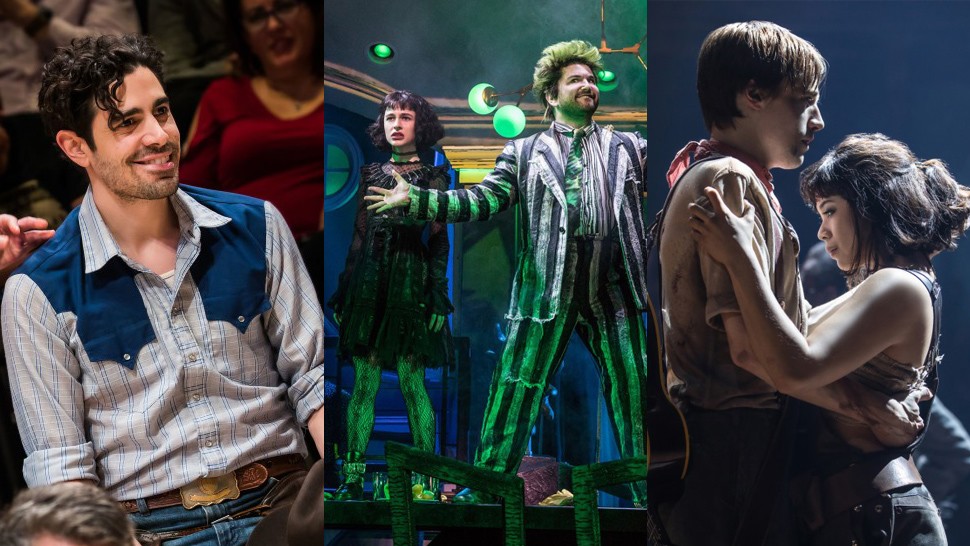 Tony Award Productions and Broadway Records have announced the third annual Tony Award® Season compilation album to be released on CD and digitally at most major music retailers including Barnes & Noble and iTunes on June 14, 2019.  The CD is now available for pre-order at www.BroadwayRecords.com.

Each musical from the 2018-2019 season, including the 2019 Tony nominated musicals, have been invited to contribute a song to this new compilation album. There will also be a bonus track to honor the late Marin Mazzie’s Special Tony Award. A portion of the proceeds from the album will go to the American Theatre Wing and Broadway League’s arts education initiatives.

The album will include selections from Ain’t Too Proud; Be More Chill; Beetlejuice; Gettin’ The Band Back Together; Hadestown; Head Over Heels; Kiss Me, Kate; Oklahoma!; Pretty Woman; The Cher Show; The Prom; Tootsie and more.

“We are thrilled to continue our collaboration with the Tony Awards in this third edition.  Each year, this compilation album proves to be the perfect way for the fans to experience a taste of all of the wonderful new musicals and revivals Broadway unveils,” said Van Dean, President of Broadway Records.

“What a wonderful way to celebrate an incredible year on Broadway,” said Charlotte St. Martin, President The Broadway League and Heather Hitchens, President the American Theatre Wing. “We are thrilled to once again partner with Broadway Records on the Tony Award Season Album and commemorate the 2019 Tony Awards with theatre fans all around the world.”

Tony Awards Productions and Broadway Records are giving fans the opportunity, once again, to help select many of the songs that will appear on the compilation album from a selection of the participating shows.  Most eligible shows will be represented on the album. Nine of this season’s shows (Gettin’ The Band Back Together, The Cher Show, Oklahoma!, Kiss Me Kate, Be More Chill, Head Over Heels, Pretty Woman,The Prom and Beetlejuice) are giving the fans the opportunity to pick a song for the album.  Fans can visit:  http://bit.ly/TonyAlbum19Survey to choose their favorite.   All submissions must be received by 10:00 pm Sunday, May 19th.

As with the first two years, the cover art features a specially commissioned Tony season illustration by Justin “Squigs” Robertson. The packaging will include an essay by noted musical theatre historian Mark A. Robinson as well as details about each of the participating shows.

Suzanna BowlingJanuary 22, 2023
Read More
Scroll for more
Tap
The Drama Desk Awards has Released a Spotify Playlist of Outstanding Musicals Since 1975
Terrence McNally was Honored at the Broadway League Awards By Audra McDonald