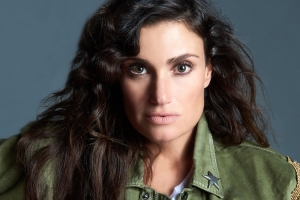 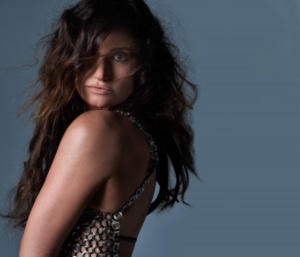 Tony Award winner Idina Menzel returns to the New York theater stage in May 2018, following her Tony nominated performance in If/Then. Menzel makes her Roundabout Theatre Company debut in Skintight; she has been a part of the development process with playwright Joshua Harmon since the first reading in January 2015.

Skintight will begin preview performances Off-Broadway on May 31, 2018, and open officially on June 21, 2018 at the Laura Pels Theatre in the Harold and Miriam Steinberg Center for Theatre (111 West 46th Street). This will be a limited engagement through August 26, 2018.

Roundabout reunites writer Joshua Harmon (Bad Jews, Significant Other) and director Daniel Aukin (Bad Jews) for Skintight, a scorching examination of beauty, youth and sex. Reeling from her ex-husband’s engagement to a much younger woman, Jodi Isaac (Menzel) turns to her famous fashion-designer dad for support. Instead, she finds him wrapped up in his West Village townhouse with Trey. Who’s 20. And not necessarily gay. But probably an adult film star. At least, according to Jodi’s son. Who’s also 20. And definitely gay. Skintight assays the nature of love, the power of attraction, and the ways in which a superficial culture persists in teaching its children that all that matters is what’s on the inside.

Playwright Joshua Harmon’s professional debut with the critically acclaimed world premiere of Bad Jews in 2012 was the first Underground play to transfer to the Laura Pels Theatre. Following a sold-out run Off-Broadway, Bad Jewsbecame the third most produced and licensed play in the country and has been performed all over the world, including Germany, Israel and the West End. Harmon’s play Significant Other premiered at the Laura Pels Theatre in 2015, and was the second play by an Underground playwright to transfer to Broadway, following Stephen Karam’s Tony Award-winning play, The Humans, last season.

Skintight was developed at Roundabout with support from the Laurents/Hatcher Foundation and is a recipient of an Edgerton Foundation New Play Award.