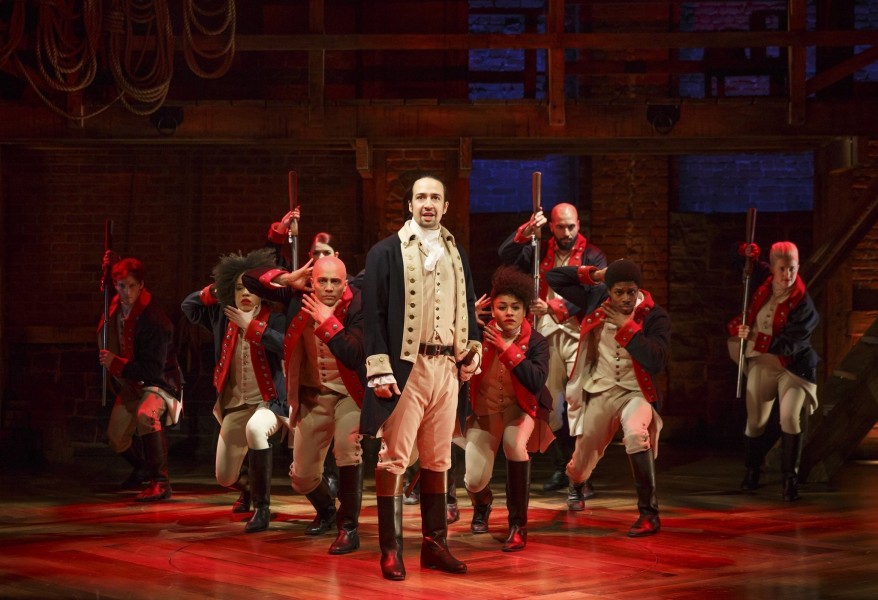 Trying to bring you coverage from the press rooms difficult due to week Internet connection. Pictures from the red carpet will have to come later, as we keep timing out before we can add just one picture.

Gloria Esteban and the cast of On Your Feet had the audience dancing in the aisles, including Lin Manuel the man of the night.

Andrew Lloyd Webber in the press room: “No child is ever born to hate. As an arts community we have always been way ahead.”

Hamilton wows in a fabulous cut from the show.

Best Revival of a Play: Arthur Miller’s A View from the Bridge:

Best Revival of a Musical: The Color Purple

Best Performance by an Actor in a Leading Role in a Play: Frank Langella, The Father

In the press room: “I urge you to be strong Orlando” I felt disgust and anger more profound due to my age. I tore up my original speech to talk about Olando.”

“My brother. Andrew is 80 and has dementia In my performance he is alive in me. People come into my dressing room and weep over loved ones losing reality.”

“I believe caregivers are much more in pain.”

Best Performance by an Actress in a Leading Role in a Play: Jessica Lange, Long Day’s Journey Into Night

In the press room: How Jessica decided to do the role of Mary Tyron: “Sitting down at dinner, I realized it had been 16 years since I had performed Mary and it was the greatest role I have ever done and I wanted to re-visit it. It is he nearest and dearnest to my heart.”

“With any great part when you bring your life history to the role it explodes.”

Live vs Film: “When theatre works there is nothing more thrilling.”

On what she wore: J Mandel

On who she brought to the red carpet: Three generations of Lange women. Her daughter and her granddaughter.

On how she uses her voice fo the role: “I illuminate Mary’s age with a darker sound. Most of the time I use my head voice to go back in time. I concentrated hard on this.”

Best Performance by an Actor in a Featured Role in a Play: Reed Birney, The Humans.

Best Direction of a Play: Ivo Van Hove, A View From The Bridge