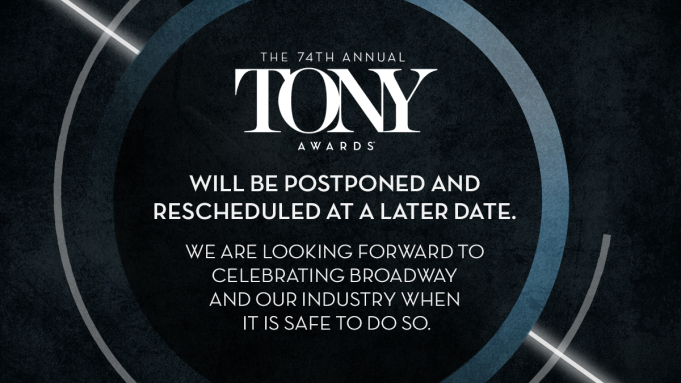 The 74th Annual Tony Awards, scheduled to air live on the CBS Television Network on Sunday, June 7th from Radio City Music Hall in New York City, will postponed and be rescheduled at a later date, in coordination with our broadcast partner. The health and safety of the Broadway community, artists and fans is of the utmost importance to us.

We will announce new dates and additional information once Broadway opens again.

We are looking forward to celebrating Broadway and our industry when it is safe to do so.

The Outer Critics has also postponed. The Drama Desk has yet to have sent word out.

My question to all these esteemed establishments is; “why don’t we all postpone until September and stay there? It makes tons of sense. We stay in 2020 and it could be the beginning and the ending of the year, a celebration. After all schools start in September and summer ends with September. This allows tourists to see all the nominated shows in August.