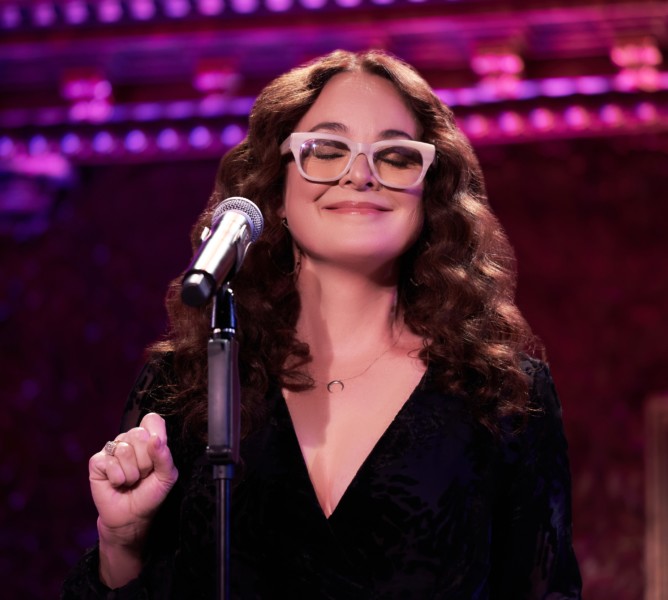 After 2 sold-out shows Melissa Errico is offering a second live encore performance of her beautiful & poignant concert “Melissa Errico Sings Her New York” on Sun, Nov 21 at 7pm at Feinstein’s/54 Below. Fellow Tony-nominee Max von Essen is the guest star again and they will be accompanied by the fabulous Alex Rybeck.

In Melissa Errico Sings Her New York, she reaches into her Sondheim songbook box & celebrates the city of rushing pasts and bumping intos, of cancelled lunches and hurried loves, of Broadway dreams and beautiful solitudes. As she always does, Melissa will pay particular attention to women’s experience and women writers, from a swinging “Wished on The Moon” by one of The New Yorker’s most original intellectuals, Dorothy Parker, to Georgia Stitt’s and Marcy Heisler’s haunting love song of today’s East Village, “The Wanting of You” and Joni Mitchell’s “Chelsea Morning.” From the glory of the uptown downtown rush to the recent years of shutdowns and backwards blessings — from Sondheim’s “Another Hundred People” through Comden & Green’s “Lonely Town” — Melissa will sing the real and secret New York. Expect a kiss goodnight, too, and a wish for a peaceful and joyful “Autumn in New York.”

Audiences and critics alike have absolutely loved the show, one reviewer calling it “75 minutes that is clever, passionate, witty, touching, romantic & complex. Just like the city that inspired it”.

Stephen SorokoffMay 5, 2022
Read More
Scroll for more
Tap
My View: And Then There Is Marilyn Maye
The Glorious Corner