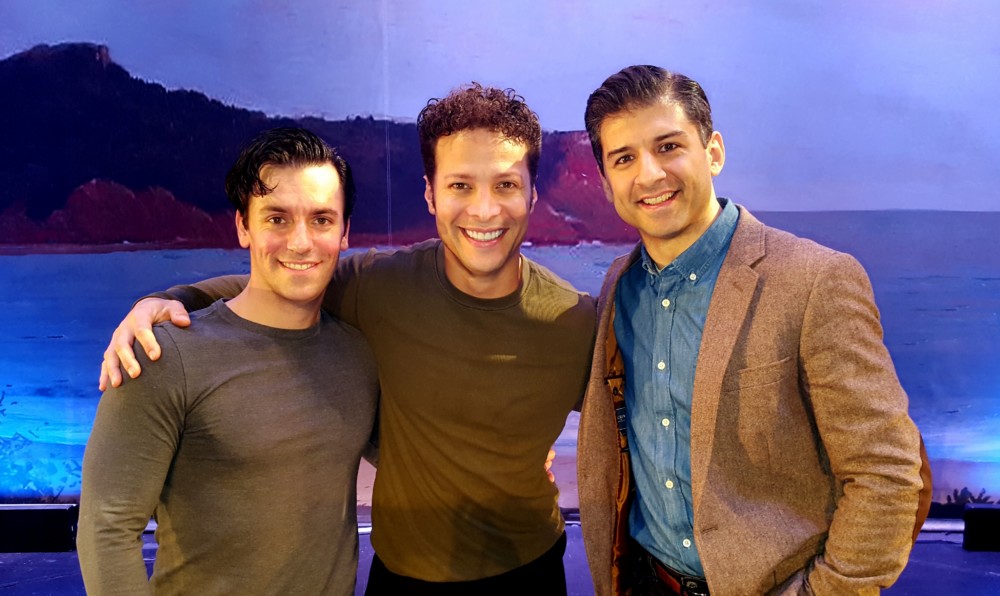 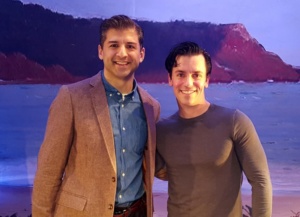 It was a reunion for two of the lead actors from Broadway’s On the Town when Tony-nominee Tony Yazbeck visited New Hope, PA to see Clyde Alves at Bucks County Playhouse. Alves plays the role of Tago in the world premiere of The New World. 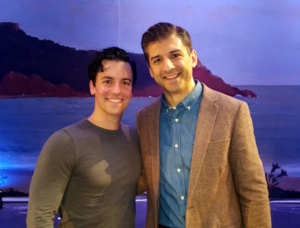 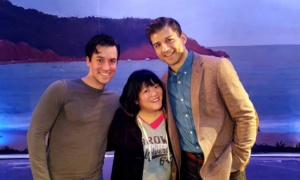 The cast includes a mix of Broadway veterans and newcomers led by Ann Harada (Avenue Q, Rodgers + Hammerstein’s Cinderella) as Chief Hyannis, Jillian Gottlieb (The Golden Bride Off-Broadway) as Susanna Standish and Jennifer Perry (Broadway’s Kinky Boots, Mamma Mia!) as Joan. Theater and recording star, Justin Guarini, as Santuit. Guarini last appeared at the Playhouse in the new musical “Cake Off” as well as in the theater’s acclaimed production of “Company.” He is a member of the Playhouse Artists Board of Directors. 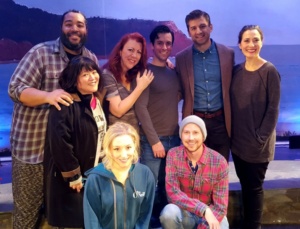 The cast also features Ginna Le Vine (Picnic Off-Broadway). Le Vine is the grand-niece of Oscar-winning actress Grace Kelly, who made her professional stage debut in 1949 at Bucks County Playhouse, where she was a member of its famed apprentice program. She is joined by Clyde Alves (Broadway’s On the Town, Bullets Over Broadway) as Tago, Eddie Cooper (Encores Assassins, Little Shop of Horrors) as Miles Standish, Ann Sanders (Disney’s Frozen and Broadway’s The King and I) as Mrs. Corn, Rod Singleton as Colonel Corn and Tyler Maynard (Broadway’s The Little Mermaid and “Altar Boyz Off-Broadway) as Carl. Adena Ershow, Yael Rizo wy, Kiet Tai Cao, Danny Bevins, Brandon Weber and Annelise Cepero round out the ensemble. 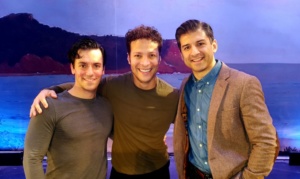 The New World is the third of four world premiere productions presented at Bucks County Playhouse this year. The summer season launched in May with the debut of Clue: On Stage, Rock and Roll Man: The Story of Alan Freed and a new comedy by Gordon Greenberg and Steve Rosen, Ebenezer Scrooge’s Big Playhouse Christmas Show, which resets Dickens’ classic tale A Christmas Carol in New Hope.

For complete details, and to purchase tickets, please visit buckscountyplayhouse.org