Tony Round Up And In The Press Room 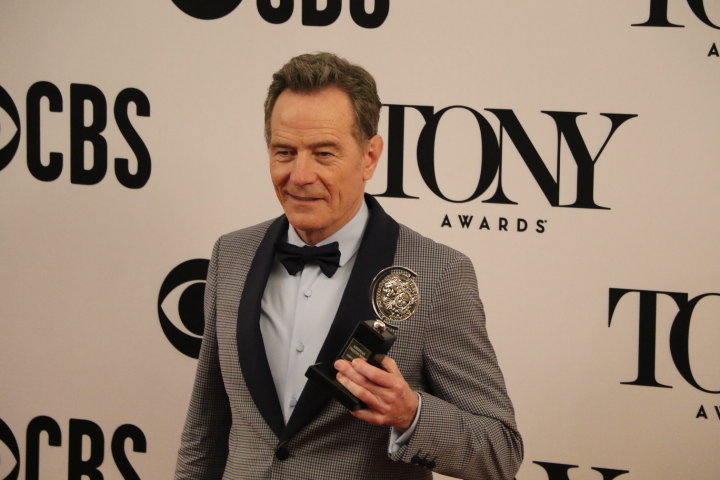 Tony Round Up And In The Press Room

The shocks were Sergio Trujillo winning Best Choreography over Warren Carlyle and The Boys in The Band winning Best Revival of a play over The Waverley Gallery. Other than that the rest was pretty much expected. Once the technical awards were given out it was easy to see where this night was going.

In the press room the winners generously gave insights to where their performances and hearts lay. As always T2C was there to capture those moments. We apologize for the video’s, but a journalist named Lapacaza Sandoval, who has a lovely full head of hair, bobbed and weaved every time a Tony Winner was speaking. We asked politely if she could restrain her movements to one corner, so we could get a clean video, but she decided that was too much to ask and her movements increased. So we are crediting her hair for being the star of our video’s.

Carnegie Mellon created press boxes to keep the press on our toes and Schmackary treated us to a delicious cookie with sugar to hold us over, until the show was finished and the press room closed down.

Robert Williams was in the photo room and you can see his coverage here. We also posted during the night first here and then here.

Best Revival of a Play: The Boys in the Band

Best Performance by an Actor in a Leading Role in a Play: Bryan Cranston, Network

Best Performance by an Actress in a Leading Role in a Play: Elaine May, The Waverly Gallery

Best Performance by an Actor in a Leading Role in a Musical: Santino Fontana, Tootsie

Best Performance by an Actress in a Leading Role in a Musical: Stephanie J. Block, The Cher Show

Best Performance by an Actor in a Featured Role in a Play: Bertie Carvel, Ink

Best Performance by an Actress in a Featured Role in a Play: Celia Keenan-Bolger, To Kill a Mockingbird

Best Performance by an Actor in a Featured Role in a Musical: André De Shields, Hadestown

Best Performance by an Actress in a Featured Role in a Musical: Ali Stroker, Rodgers & Hammerstein’s Oklahoma!

Best Scenic Design of a Play: Rob Howell, The Ferryman

Best Costume Design of a Play: Rob Howell, The Ferryman

Best Direction of a Play: Sam Mendes, The Ferryman

Best Choreography: Sergio Trujillo, Ain’t Too Proud — The Life and Times of the Temptations

Rosemary Harris is playing Mrs. Higgins in My Fair Lady, at age 91, Harris won a 2019 Special Tony Award for Lifetime Achievement. She made her Broadway debut in Moss Hart’s The Climate of Eden. Harris won a 1966 Best Actress Tony for The Lion in Winter and has been nominated eight times since then. Generously she came into the press room to impart her wisdom.