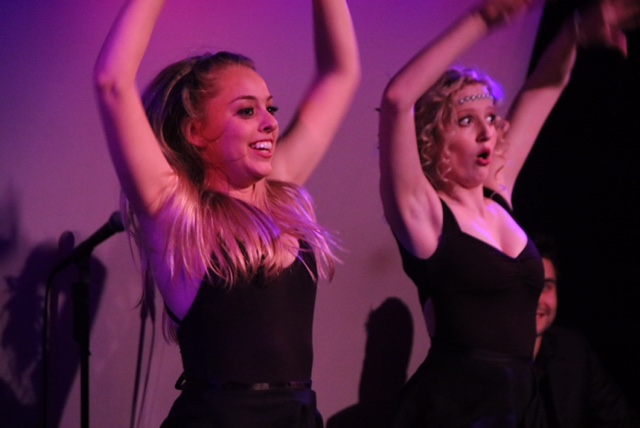 Too Blondes Walk into the Metropolitan Room…

Too Blondes Walk into the Metropolitan Room… 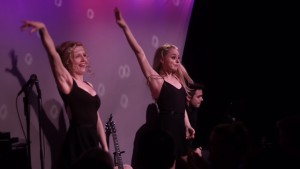 Too Blondes, a one woman show staring Savannah Brown and Chase O’Donnell, is a fiercely funny and smartly written cabaret act. These “too” girls are insanely talented triple-threats. Directed by Savannah and written by Chase, this show is not to be missed. 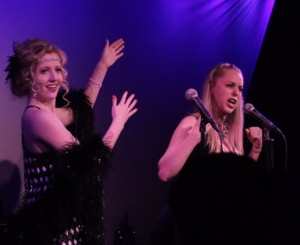 At the top of the act, Chase enters dressed as a modern millennial, adorably sporting a flared skirt and cropped top. Apparently Savannah didn’t get the memo while assuming the show is centered around the 1920’s as opposed to being in your 20’s, she enters perfectly clad in “golden age” garb. 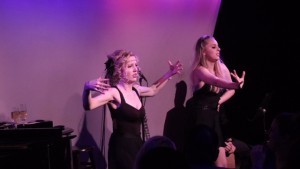 Throughout the show the girls effortlessly banter back and forth in the style of Gracie Allen and George Burns. Kudos to Ms. O’Donnell for writing such a fun and witty show, which both pays homage to comedians past while remaining current. Think Broad City meets Crazy ex Girlfriend. This is a revelatory cabaret act that could very well bring new genre to the cabaret scene.

The show is accompanied by two fantastic musicians, which include Oliver Switzer (guitar, cajon) and Sheridan Stevens (music director, piano). Stevens original song, “Leader of Isis” is a very clever love song, which fits nicely with the overall tone of the show and original music by Chase O’Donnell.

Chase’s original song called “Going Dark” prompts Savannah to sing her own original song, “Girls Just Want to Have Fun.” She insists it’s an original number despite the fact that Chase and the guys protest that it is in fact a Cyndi Lauper song written by Robert Hazard. This is just one example of one of the many shining moments in the show. Throughout the girls sing, dance, and act their socks off. Ms. Brown’s direction is riveting and paced so well there isn’t a dull moment.

I cannot recommend this show more highly. This powerhouse duo is endlessly entertaining. They will keep you laughing and smiling throughout. Do not miss their residency at the Metropolitan Room in Manhattan.