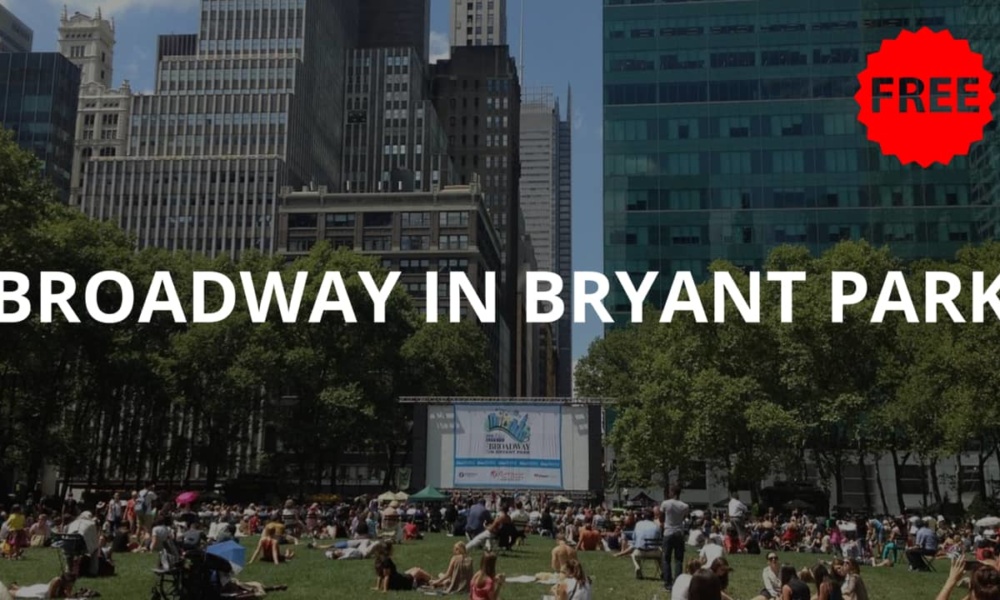 The 20th season of 106.7 LITE FM’s Broadway in Bryant Park concert series will launch July 11 and continue for six consecutive weeks through August 15.

Currently scheduled to perform are cast members from Tootsie, Oklahoma!, The Cher Show, Be More Chill, Pretty Woman, Mean Girls, Come From Away, Beetlejuice, Chicago, Wicked, and more. For the second year, Disney Theatrical will take over Bryant Park July 25 with performances from their current productions of Aladdin, Frozen, and The Lion King.

“It is incredible to be returning for our 20th year with an all-star line-up of Broadway and Off-Broadway shows,” said Chris Conley, program director of 106.7 LITE FM. “It is because of our listeners and New Yorkers’ love of the theatre that we are able to bring back this celebrated summer series and launch the exciting new iHeartRadio Broadway channel.”

The Bryant Park stage is located at 6th Avenue between 40th and 42nd Streets. Lawn seating is available on a first-come, first-served basis.

Suzanna BowlingJuly 28, 2021
Read More
Scroll for more
Tap
4 Most Important Things to do When Your Relationship Runs out of Steam
Amazing Gift Ideas for Moms by Moms