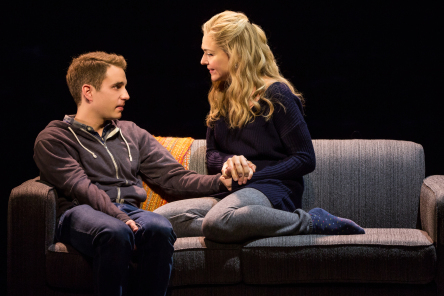 In making out my list for the Top 10 Best Shows and Performances in Theatre for the 2016/2017 Season, I fully disclose that I missed The Wolves, A 24-Decade History of Popular Music, Sweat and Notes From The Field and I have still need to reviewed Sweet Charity.

Where many critics are listing their best from 2016, I find that to be last years awards list, as I follow the Tony, Drama Desk and Outer Critic’s theatrical year. I do wish to add high marks to She Loves Me, Red Speedo, Shuffle Along and Blackbird, which could not make it to last years list.

1: Dear Evan Hanson and Ben Platt. There are moments in theatre, that just move you in such a way, that it is really hard to not be touched. See Best Performances. 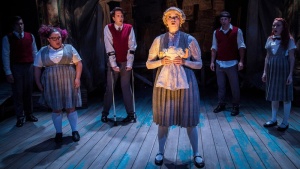 2: Ride the Cyclone is the quirky show that is so well done it is hard to not remember it. From the set, to the lighting, the costumes, the special effects, the wonderful staging and brilliant unknown cast. I hope to see this lovable show take home some awards.

3: Indecent: I am so glad to see this show moving to Broadway. This is Rachel Chavkin at her best and Paula Vogel connecting to her audience.

4: Men on Boats: Done by the Clubbed Thumb and brilliantly directed by Will Davis. This all women cast was mesmerizing.

5: Vietgone: Had The Hamilton Approach To The Vietnam War. Clever, witty and wonderfully acted.

s shines just as brightly in 2016. It takes the mark of a score that weaves it’s ways into your soul, a book that knows how to speaks with honesty and a director who allows the show to live on it’s own merits to do that. With a stellar cast this was a win win for everyone.

7: Love, Love, Love: Produced by the Roundabout Theatre Company, at the Laura Pels Theatre, was witty, intelligent, insightful and spoke volumes, with a brilliant performance by Zoe Kazan.

8: Oslo This timely piece is moving to Broadway. 15 actors tell the story of the  historic turning point in Arab-Israeli relations and it is riviting.

9: A Day By The Sea: This charming production at the Mint Theatre was well done and prolific.

1: Ben Platt: Seriously just give the boy the Tony now. Dear Evan Hanson is Mr. Platt’s tour de force performance and it is special and will be hard to beat. 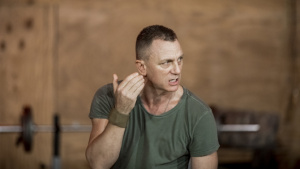 2: Daniel Craig in Othello. Craig’s remarkable presence, is present as he slowly shows a complete profile of a psychopath. We believe he can kill even before he does so. He is a work of art and moves with a menacing beauty.

3: Noah Robbins in Master Harold and the Boys at the Signature Theatre is  is perfection as Hally. From his South African accent, to his breakdown of right from wrong, we see the breakdown of society in the way Mr. Robbins disintegrates from needy child to prejudice adolescent. 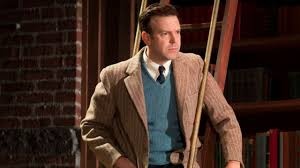 4:  Jason Sudeikis ‘Seized The Day’ with all the gusto, power, and humor one could imagine in The Classic Stage Company’s production of  Dead Poets Society. Sudeikis soared and made the audience want to see more of him.

5: Emily Rohmin in Ride the Cyclone is scarily good with her coal-black contact lenses, stilted movements and a voice ala Olympia from “The Tales of Hoffmann.” In a stellar cast this headless girl stood out.

6: Brian Quijada in the Ensemble Studio Theatre production Where Did We Sit on the Bus? This one-man show written and performed by Quijada was masterful. Quijada is like the love child between Lin-Manuel Miranda and John Leguizamo.

7: Nathan Lane in The Front Page is back on Broadway and owning it.

8 and 9 The set and Josh Groban in Natasha, Pierre and the Great Comet of 1812 is visually stunning. The set has always been spectacular, but at the Imperial Theatre, set designer, Mimi Lien out did herself. Josh Groban whose superior singing is awe inspiring. His rendition of “Dust and Ashes,” is heavenly. Even Mr. Groban’s acting is splendid.