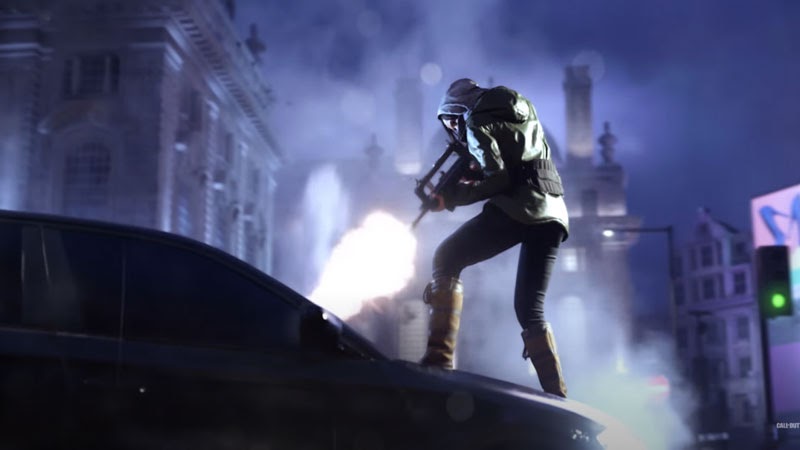 There are hundreds of video game releases every year. In 2020, there are at least ten new games scheduled for release each month.

Out of the hundreds of games that were released just recently, how do you pick which one to play? Today, we will be taking a look at the top five most popular video games of 2020, including those that have already been released the previous years but only gained traction this year.

In this review, we will take a peek at the game synopsis, which should help you determine if you have a reason to add the title in your library.

This is touted as the best of the franchise. It is like a half-prequel and also something like a reboot of the entire franchise. The game’s timeline happens before the COD 4 title, and it goes back to the roots of raw military warfare, unlike previous releases where the setting was futuristic.

Here are some of the changes you should expect:

The game is set in a country called Urzikstan. It is not a real country, but it has the politics and war that we see in the Middle East. The story revolves around how US soldiers help to keep the peace in the fictional country.

In the game, you take the mantle of different operatives as you go through the storyline. You can be a SAS on one mission and a CIA operative on another. Your task is to aid rebel forces trying to overthrow the dictator. They are fighting for freedom, and you need to help the quell militant and extremist Russian troops.

The game allows you to customize your weapons. It also has multiplayer gameplay where you get to play against other real players. Although the entire gameplay is like a homage to its origins, ActiVision did a good job with the graphics. It is as close to what photo-realistic can become in today’s technology.

As always, the 2K team makes sure that the games they release have a top-notch presentation. In this release, it is really amazing how the players look like their real-life counterparts—and sound like them too.

The game is more intuitive, and the animation of the ball dribbling looks better than the previous version. Going through the basic control is much easier, but it takes a long while to master the moves of the game.

What makes this game great is that you can build your player beyond their raw given stats. It also has an on-screen controller that shows you how to make a particular move. Once you have learned those power moves, you can begin learning others. Also, the game has a badge system that lets you add skills to a player that does not have it.

This time, the developers also put a lot of effort into the WNBA. Yes, this game has WNBA, complete with the 12 WNBA team and 140 players. There is also the MyTeam mode where you get to complete your daily goals. This mode has card levelling and limited-time events.

Overall, 2K20 is a lot better than its predecessors. The graphics are beyond belief. However, there are some broken areas here like the MyCareer where you are seemingly forced to spend and buy coins to progress faster. If you don’t buy the coins, you will grind your way into success.

The first Borderlands game was released many years ago. It was unique in the sense that it combined the fast-paced action of Duke Nukem, but with the game progression of something like Diablo. A game like Borderlands is called looter-shooter because you shoot enemies and loot them for goods.

In this release, the player leaves Pandora. The mission is to give chase to the Calypso Twins who lead a cult called Children of the Vault. You need to stop these cultists from looting the Vault, along with them causing a lot of chaos in the city.

Here are some of the things that make Borderlands 3 worth playing:

Because the game’s foundation is shooting, it is great that some cool features were added to the guns. In Borderlands 3, some guns have alternative modes or alt-modes. For example, you can assign a tracker to your pistol, and this is going to tag an enemy.

Also, you can switch between different types of bullets. There is a smart bullet in the game that works like a heat-seeking missile. This type of bullet will track your foe and hit him.

If you are up for it, you can use the rocket launcher, and you have the option to use big or small missiles. The big ones just go boom, but the smaller ones allow you to hit smaller targets. There are also weapons that do not kill. Instead, they just incapacitate your enemies.

Mortal Kombat is one of those timeless fighting games that never ceases to amaze players with its brutality. When the franchise went through a reboot in 2011, a lot of fans had lingering questions. Mortal Kombat 11 is the answer to this.

In this storyline, Raiden becomes an aggressor. Because of this, the Keeper of Time, Kronika, decided to step in—to rest the entire history of time without Raiden in it. With this, Kronika brings in some of the players from Mortal Kombat 2. Even if these characters are old, they get a new outfit that fits modern times.

The fighting experience is like any Mortal Kombat game. What makes this one different is its cinematics. You will also observe that it is more all-inclusive now as it has characters that represent a lot of races.

Here are some new characters in the game:

The fights are not that fast, but they are as equally brutal as the game’s predecessors. Another thing worth mentioning is the tutorial. This release of Mortal Kombat has one of the most detailed tutorials in fighting games in the history of video games.

If you stick with the tutorial, you will learn how to deliver crushing blows, how to hit harder, and how to set up combos. The tutorial also teaches you how you can get back on your feet if you are knocked down.

The last in our list is a game based on a master storyteller’s novel—the Division by Tom Clancy. This is a sequel, and it was released in 2019. Despite being a year old, it is still one of the most popular video games in 2020.

The game is set in the future—a future where the world was devasted by a plague. You start as a player in Washington DC, and your job is to help your agency, the Division, to rebuild the ransacked city. You need to deal with enemies who do not want peace to be restored.

You can play the game on your own, or tag team with others online. Like most RPGs, you can customize your character. In the beginning, you get some low-quality equipment, which you can upgrade later on.

You can also loot and buy other weapons that fit your fighting style. Different weapons have different levels of accuracy, damage, and a number of bullets or rounds per clip.

It is also up to you if you want to customize your guns with scopes and barrels. The game also has provisions where you can improve your gears such as your armour.

If you join an online group, you can take a role. Other players in your clan can become a medic or a fighter. Joining a clan has its perks. If your clan hits the desired XP targets, you will all get rewarded.

The great thing about these games is that the developers release them on several platforms. You can buy them for your PS4, Xbox, and even for your PC. It is up to you to choose how you want to experience the game.

Choose games with a lot of games modes. This way, you can keep playing the game even if the primary missions are over. This should prevent you from buying another one, as you can keep on exploring the game, or you can improve your character or battle against other players online.

From time to time, take a break from the console or PC games and play others—mostly arcade games like Buffalo slots. This should freshen up your perspective, so you can go back to the video game with a new plan to win.

Suzanna BowlingJuly 27, 2021
Read More
Scroll for more
Tap
My View: Get Your Tickets Before It Sells Out….Best Seats Available Now
How Are We Coping With Self Isolation: Insight From Around the Country And The World With Richard Humphrey