Towers of Light, Flags For All 2,977 9/11 Victims and Sidewalk Murals, America Remembers the 20th Anniversary of 9/11 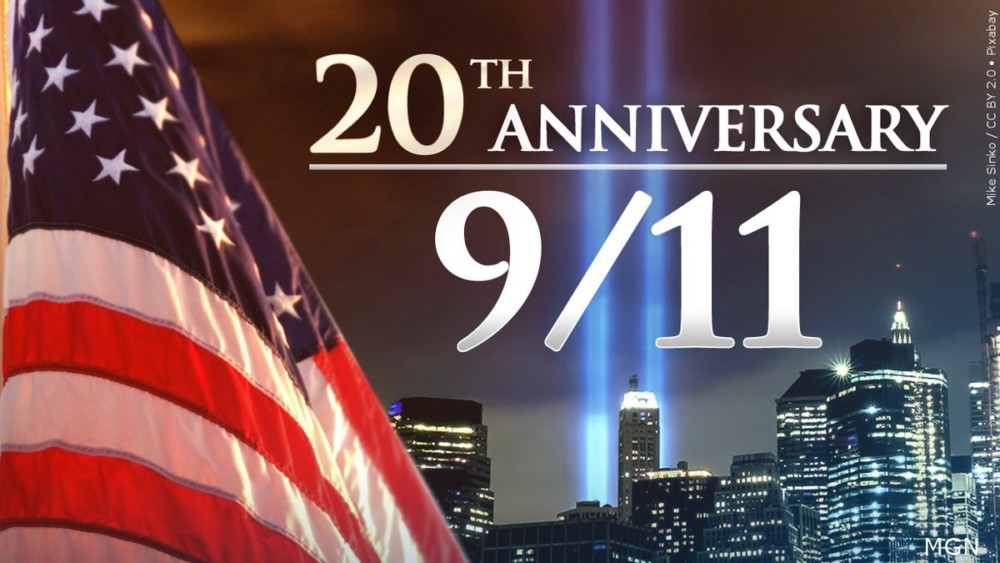 Towers of Light, Flags For All 2,977 9/11 Victims and Sidewalk Murals, America Remembers the 20th Anniversary of 9/11

The ceremony, at ground zero will take place on Saturday at 8.30am Saturday, with the first moment of silence taking place at 8.46am. Those around the country will honor the 2,983 people killed in the attacks at the World Trade Center site, the Pentagon, aboard Flight 93, and those who died in the 1993 World Trade Center bombing. The ceremony will also observe six moments of silence. Former President Barack Obama is scheduled to attend the ceremony as well as President Biden who the victims’ relatives, first responders and survivors have asked to stay away.

At 1:15 p.m., former Secretary of State Hillary Clinton, Sen. Gillibrand (D-NY) along with several elected and unions officials are slated to attend an outdoor rooftop terrace ceremony hosted by One Fair Wage, a service workers nonprofit, to honor restaurant workers from Windows on the World, a restaurant atop the World Trade Center.

The FDNY, which lost 343 members will hold a 1:30 p.m. memorial service at St. Patrick’s Cathedral. A livestream of the event will be available at nyc.gov/FDNY.

The focus of this year’s commemoration will be the reading of the names of the deceased by family members.

The 9/11 Memorial and Museum’s annual Tribute in Light featuring twin blue beams that shine into the night sky over lower Manhattan will be seen from dusk to dawn on Saturday.

13 State landmarks including Empire State Building, One World Trade Center, Gov. Mario M. Cuomo Bridge, and the Kosciuszko Bridge — will be lit blue. Flags at state government buildings will be flown at half staff in memory of those who died.

Throughout the day, volunteers will pack 200,000 meals for City Harvest at the Intrepid Sea, Air and Space Museum, in an effort organized by 9/11 Day, the group behind 9/11 National Day of Service and Remembrance. Shifts to pack meals for needy New Yorkers begin at 8 a.m., 11 a.m., 2 p.m. and 5 p.m.

NY Gov. Kathy Hochul paid her respect to the victims of 9/11 with former Mayor and Chair of the Sept. 11 Memorial Mike Bloomberg on the morning of September 8th.

The NJ 9/11 Memorial Foundation is hosting a 20th anniversary memorial ceremony at the site on Saturday.

The event will include a 5K Run/Walk.

WriterAugust 12, 2022
Read More
Scroll for more
Tap
9/11 Families Tell President Biden To Stay Away But He is All About Ego
The Experience of the 9/11 Attack Lives In All of Us