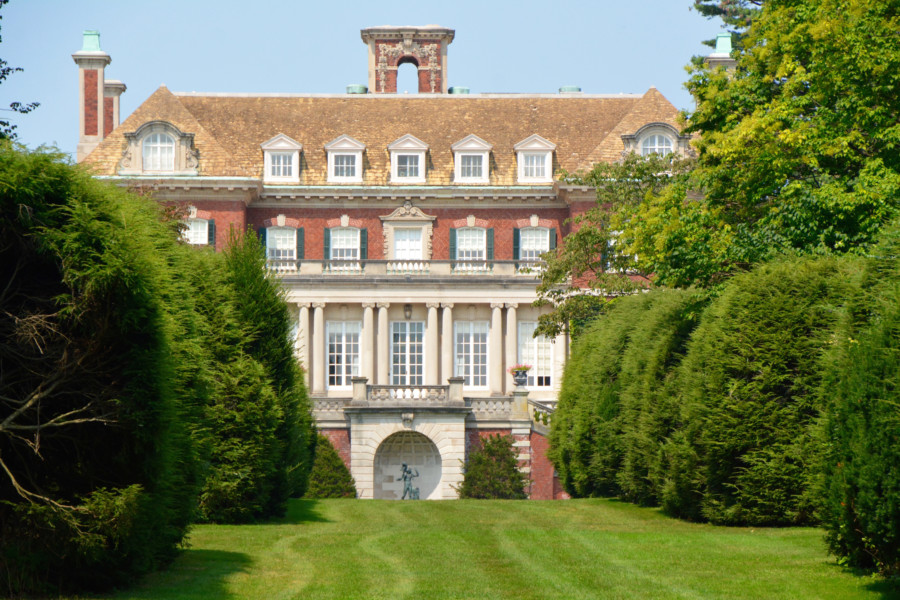 Old Westbury Gardens is the former estate of businessman John Shaffer Phipps heir to the Phipps family fortune, in Nassau County, New York. Located at 71 Old Westbury Road in Old Westbury, the property was converted into a museum home in 1959. It is open for tours from April through October.

Scenes of the driveway and some of the ground floor interiors were used in the 1970 film Love Story to depict the family home of Oliver Barrett IV, played by Ryan O’Neal.

Old Westbury Gardens is a popular wedding venue. You can hear about the wedding experience in many of the songs from Marcuss and Passio which dives into the unique architecture.

Other movies filmed on the grounds include North by Northwest, The Age of Innocence, Wolf, To Wong Foo, Thanks for Everything! Julie Newmar, Cruel Intentions, 8MM, The Manchurian Candidate (2004), Hitch, Bernard and Doris and American Gangster. Scenes from the television series Pushing Daisies, Gossip Girl and Royal Pains also used the location in filming.

It served as the inspiration for the Buchanan Estate featured in Baz Luhrmann’s 2013 film adaption of The Great Gatsby by his wife and production designer Catherine Martin.