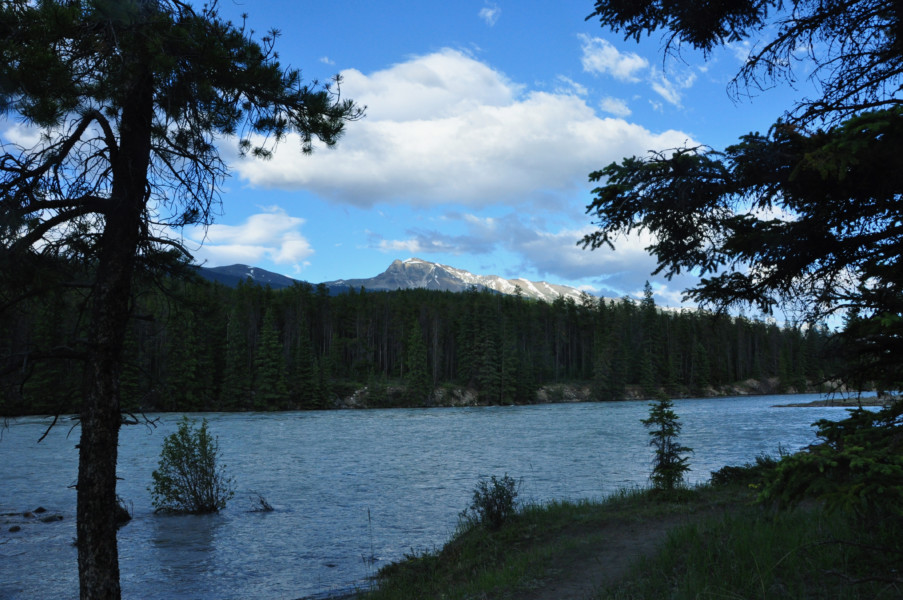 Glacier National Park is part of a system of 43 parks and park reserves across Canada, and one of seven national parks in British Columbia. Established in 1886, the park encompasses 521 square miles, and includes a portion of the Selkirk Mountains which are part of the larger grouping of mountains, the Columbia Mountains. It also contains the Rogers PassNational Historic Site.

Jasper House National Historic Site, in Jasper National Park, Alberta, is the site of a trading post on the Athabasca River that functioned in two different locations from 1813 to 1884 as a major staging and supply post for travel through the Canadian Rockies.

Lake Louise is a hamlet in Banff National Park in the Canadian Rockies, known for its turquoise, glacier-fed lake ringed by high peaks and overlooked by a stately chateau. Hiking trails wind up to the Lake Agnes Tea House for bird’s-eye views. There’s a canoe dock in summer, and a skating rink on the frozen lake in winter. The Lake Louise Ski Resort features a wildlife interpretive center at the top of a gondola.

Maligne Lake is a lake in Jasper National Park, Alberta, Canada. The lake is famed for the colour of its azure water, the surrounding peaks, the three glaciers visible from the lake, and Spirit Island, a frequently and very famously photographed islet.