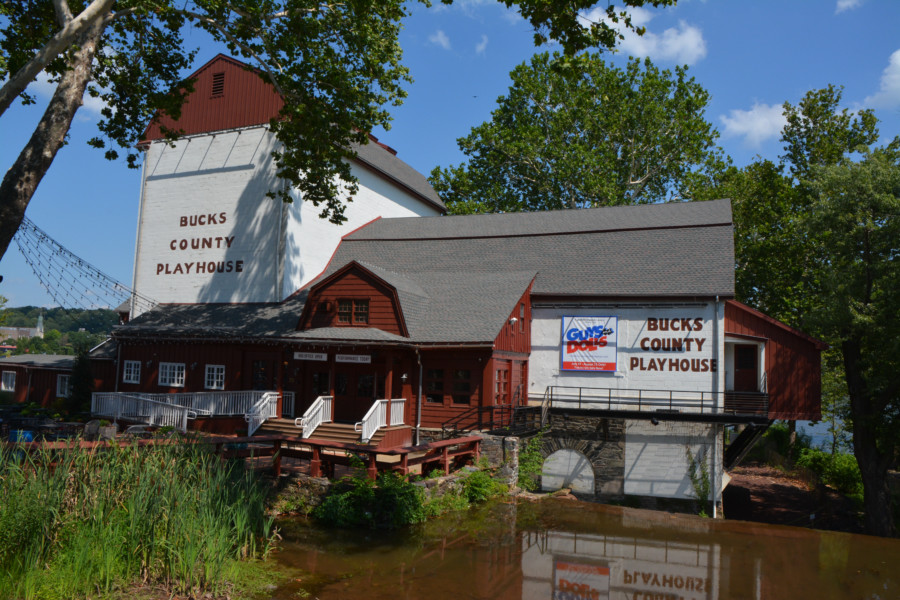 New Hope, Pennsylvania is located along the route of the Old York Road, the former main highway between Philadelphia and New York City.

New Hope was first called “Coryell’s Ferry”, after the owner of the ferry business. The current name came into use following a fire in 1790 that destroyed several mills in the area; their reconstruction was considered a “new hope”

The night prior to George Washington’s crossing of the Delaware River, he is said to have lodged in New Hope. He destroyed the ferry so the British could not follow him, and after the battles of Trenton and Princeton, when British troops were sweeping the area for the American forces, there was no response when they rang for the ferry. The British assumed the town was sympathetic to the Colonial forces and shelled the town. Several of the older structures in the town still claim to have unexploded British ordnance lodged in their roofbeams.

New Hope’s primary industry is tourism. New Hope historically was a location where Broadway theatre shows were “tested and fine tuned”, and many notable stage actors bought weekend homes in the area. The Bucks County Playhouse featured many plays and musical productions. In 2010, the Playhouse was closed after lenders foreclosed the property. In 2012, the Playhouse re-opened after an extensive renovation.

New Hope was the location of an art colony, founded by Edward Willis Redfield and William Langson Lathrop, that produced noted regional work.Members or associates of the colony included George Sotter, Daniel Garber and Fern Coppedge. Artists also associated with an art colony in nearby Phillips Mill.