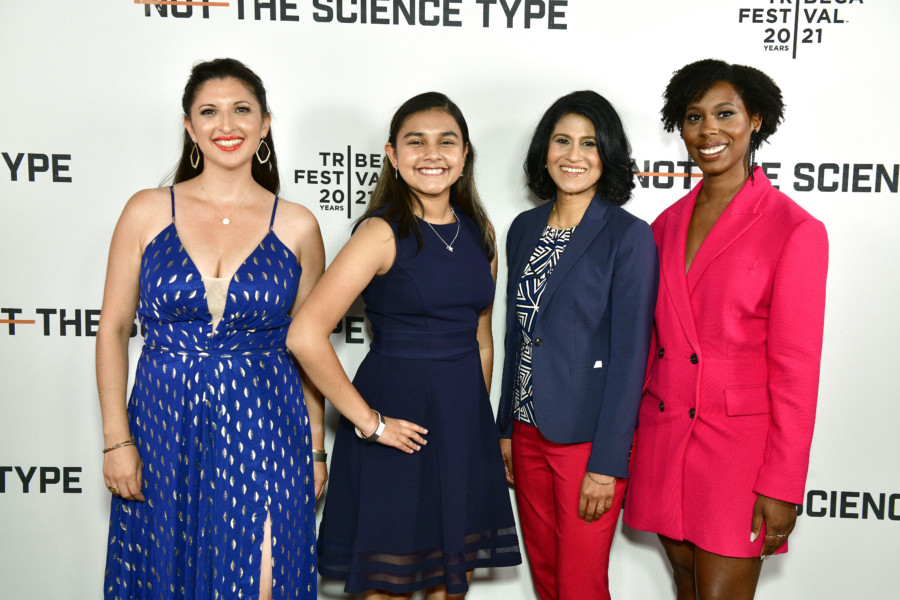 It was another amazing night on the scene at Tribeca Festival with the premiere of “Not The Science Type.”

At the Standard Hotel invited guests gathered for a lively panel and party that was both inspirational and educational. The screening was hosted by Loni Love, co-host of “The Real,” comedian and a former electrical engineer.

The four-part docu-series featuring four female scientists who are challenging stereotypes and confronting discrimination as they rise to prominence. In fields ranging from biology and engineering to science-based applications and innovations, these scientists challenge stereotypes and confront gender, racial and age discrimination along the way. While each has taken a different path to pursue scientific excellence, they are bound by the common experience of feeling excluded or “not the type” in traditionally homogenous scientific fields.

“Not the Science” Type advances a conversation around stereotypes and their negative impact on STEM diversity, equity and inclusion. The film reveals the human impact of insights uncovered in the 3M State of Science Index, a global original research study that confirms girls and women in STEM still face obstacles because of their gender. By highlighting four brilliant minds, the film showcases women who break down boundaries within their fields – including biology, engineering and science and technology-based applications. Gitanjali Rao, TIME Magazine’s Kid of the Year 2020, is a 15-year-old inventor who is on a mission to inspire and create a global community of young innovators to solve problems all over the world. Dr. Ciara Sivels is a nuclear engineer with Johns Hopkins Applied Physics Laboratory, and the first Black woman to earn a PhD from the University of Michigan in nuclear engineering. The series also features global health scientist and microbiologist Dr. Jessica Taaffe and Dr. Jayshree Seth, chemical engineer and 3M’s chief scientist advocate, with 72 patents to her name. The film relays a message of hope and inspiration for future generations as these women overcome inherent biases and breakthrough the boundaries to show all that is possible.

Watch it now on Apple TV and Google Play.