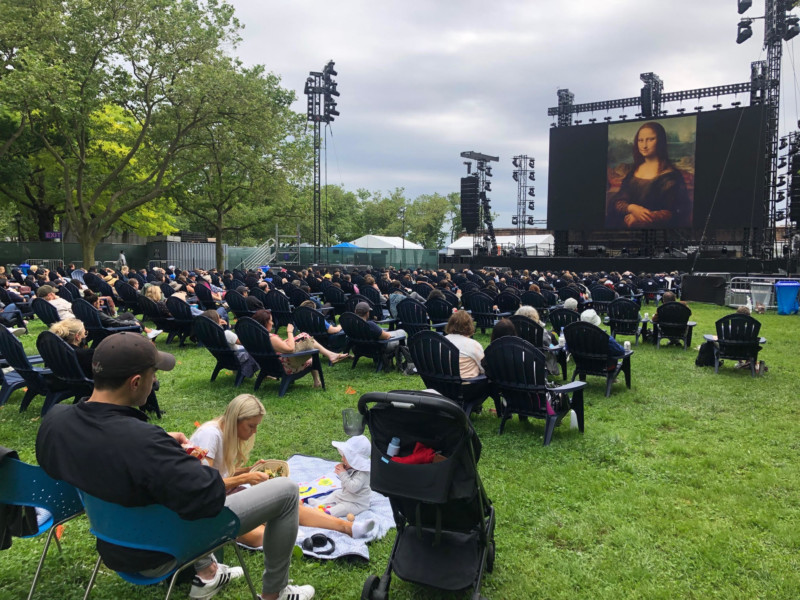 Tribeca Festival is loved in the industry because it brings forth so many projects that truly focus on the art of filmmakers. Here are some projects worth checking out:

“The Lost Leonardo” is a gripping documentary that pulls back the curtain to uncover the stranger than fiction story behind how a Salvator Mundi painting came to be the most expensive painting to ever sell at auction. Every moment is a thrill to watch. Director Andreas Koefoed creates this story squarely at the intersection of capitalism and myth-making, posing the question: is this multi-million dollar painting actually by Leonardo, or do certain powerful players simply want it to be?

“Take on Me” is perhaps the biggest pop song of all time. The documentary “A-ha: The Movie” delves into the making of the band and the trials and tribulations of Norway’s biggest hitmakers – Magne Furuholmen, vocalist Morten Harket, and guitarist Pål Waktaar-Savoy. You will never look at their iconic music video by director Steve Barron the same way again.

Director Nicholas Bruckman’s documentary follows father and activist Ady Barkan in “Not Going Quietly.” The filmmaker captures Ady’s rise to stardom in progressive politics after his confrontation with a powerful senator on an airplane goes viral and ignites a once-in-a-generation movement for universal healthcare.

In “Liza Anonymous” a lonely millennial addicted to support groups disguises herself in different personas while trying to fit in, leading her on a theatrical journey. Liza is an example of people everywhere searching for their “village.”

Here is three to cheers to an amazing festival.

Stephen SorokoffSeptember 30, 2022
Read More
Scroll for more
Tap
Films to Watch – ‘It’s Not a Burden’
Actors to Watch – Danny A. Abeckaser in ‘Lansky’