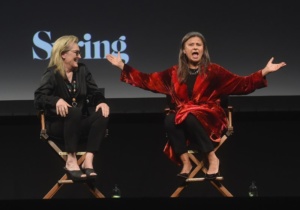 Spirits were high as longtime friends Meryl Streep and Tracey Ullman, star and Executive Producer of HBO’s Tracey Ullman’s Show,  posed for photographers, then joined by Tracey’s pregnant daughter Mabel on the red carpet. Bradley Whitford, Lamorne Morris, and Steve Zahn were on hand to celebrate the world premiere of their new buzzed-about series Valley of the Boom from National Geographic.  The cast of Sony Crackle’s StartUp, including Adam Brody, Edi Gathegi, Mira Sorvino, and Ron Perlman, reunited on the red carpet as well. 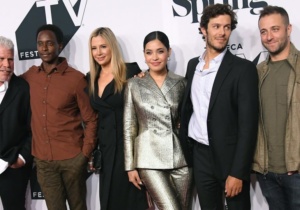