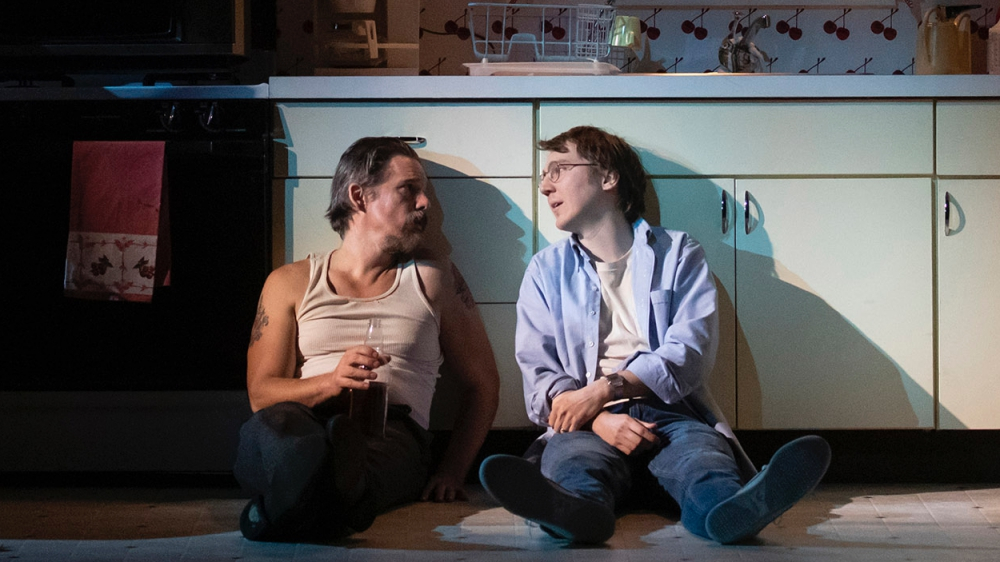 True West: Where Everybody Seems in a Different Play

True West: Where Everybody Seems in a Different Play

Paul Dano and Ethan Hawke both give excellent performances in the newest revival of Sam Shepard’s 1980 play, True West. The problem is they seem in different versions of the play. Ethan Hawke’s portrayal of Lee – the drifter, alcoholic, thief – is like a psychopath escaped from a mental institution. Dano’s Austin – the Ivy League educated writer house sitting for his mama and working on his latest script – is low key and restrained. It is difficult to believe that these two are brothers, let alone figure out why Austin does not call the cops, or isn’t even terrified of this menacing maniac who seems like he’ll become completely unhinged any second. When Austin lends Lee his car, I was beyond confused because now his car no doubt will be implemented in a crime and he has a family. 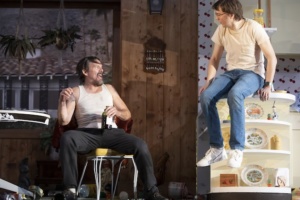 Then there was Mimi Lien’s set, which made everything so distant, and Jane Cox’s obnoxious lighting that kept trying to blind us.

In the playbill, we are told by Artistic Director Todd Haimes that “True West deconstructs every concept it touches”. Sheppard stated; “I wanted to write a play about double nature, one that wouldn’t be symbolic or metaphorical or any of that stuff. I just wanted to give a taste of what it feels like to be two-sided.” The problem is you need a side for it to be two sided. We have to believe in some kind of brotherly connection and in this play, other than the words, there is none.

We get from Sheppard’s script that Lee and Austin are two sides of a coin, but again, Hawke’s performance, albeit layered and interesting to watch, makes me marvel at how Austin’s Hollywood contact, Saul (Gary Wilmes), could one, ever like a script when even the author doesn’t know what it’s about, or two, would not be afraid of Lee. And now we have Wilmes performance, which again, doesn’t seem like he’s been directed by the same person. 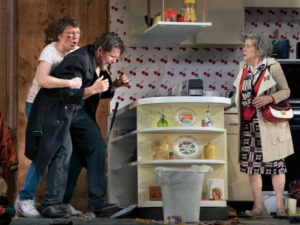 I adore Marylouise Burke, who’s character must have had a hand in Lee’s derangement, but she seems clueless.

As the brothers switch identities and descend into hell, we understand the descent of Austin, but Lee’s actions, again, become confusing.

The scene where Austin steals all the toasters in the neighborhood is hilarious but not enough for this two and half hour long play.

One has to wonder at James Macdonald’s direction, but maybe it is more coherent as a Brit.

The Phantom of the Opera Goes To Dubai
Ah, Wilderness! Makes Us Weep For a Time Gone By