Tune In To PBS This Sunday For Donna Murphy, Norbert Leo Butz and More in Mercy Street

Tune In To PBS This Sunday For Donna Murphy, Norbert Leo Butz and More in Mercy Street 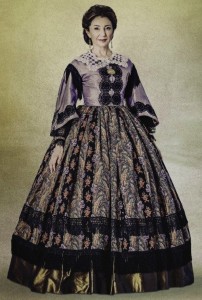 Donna Murphy (“Resurrection,” “Hindsight,” Broadway’s Passion and The King and I) as Jane Green, wife of James Green, Sr. and mother to three, she is the quintessential Southern belle.

Norbert Leo Butz (“Bloodline” and his Tony Award winning performances in Catch Me If You Can and Thou Shalt Not.) as Dr. Byron Hale, an old-school Army Surgeon who does everything by the book. 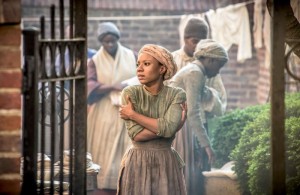 Shalita Grant (“NCIS: New Orleans,” “Bones” and Vanya and Sonya and Masha and Spike) as Aurelia Johnson, a stoical “contraband” (escaped slave living behind Union lines) working as a laundress at the hospital.

McKinley Belcher III (“Show Me A Hero,” “Chicago PD”) as Samuel Diggs, a free black laborer who works in Mansion House Hospital and harbors a secret knowledge of medicine.

Filmed on location in Virginia, “Mercy Street” is the first American drama to air on PBS in more than a decade. The six-part series , follows the lives of two volunteer nurses on opposing sides of the Civil War — New England abolitionist Mary Phinney (Mary Elizabeth Winstead) and Confederate supporter Emma Green (Hannah James). The Green family’s luxury hotel in Alexandria, Virginia, has been transformed into Mansion House, a Union Army hospital tending to the war’s wounded. Inspired by memoirs and letters from real doctors and nurse volunteers at Mansion House Hospital, this new drama reveals the stories of those struggling to save lives while managing their own hardships.