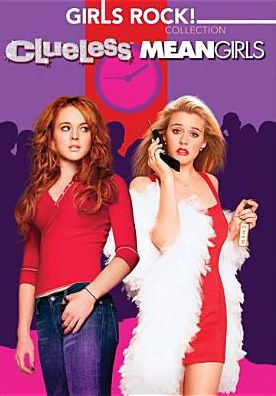 Right now you have Clueless, The Musical and Mean Girls, Off-Broadway and on. Now the tween stars that made those movies so iconic will be in New York for New Year’s. 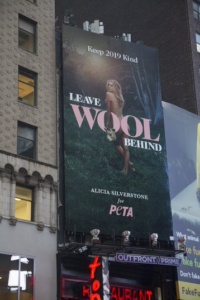 Alicia Silverstonehas found a way to put the cruelty of wearing wool on everyone’s radar. Posing nude in this stunning PETA billboard, in New York’s Times Square. The poster will remain through the New Year’s Eve ball drop. Alicia’s wool billboard is also up in Boston

In a behind-the-scenes video, she reveals the naked truth about wool. Sheep are systemically beaten, kicked, punched, and mutilated in the wool industry. Some of whom die from the abuse. When the animals are no longer profitable to the wool industry, they’re slaughtered. Alicia and PETA, are ringing in a wool-free 2019. 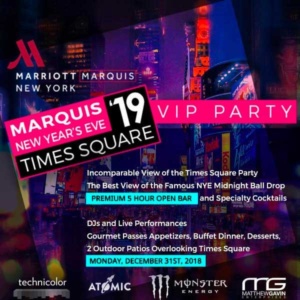 According to Page Six Lindsay Lohan may ring in the new year in Times Square with her younger sister Ali and crooner Robin Thicke. LiLo’s is expected to introduce Ali’s performance at the Marriott Marquis Times Square. Ali will perform three songs from her debut album before Thicke hits the stage and performs a whole concert, even though the poster has yet to have added they names. Lindsay’s been in New York promoting her new MTV docuseries, “Lindsay Lohan’s Beach Club.”

Genevieve Rafter KeddyAugust 5, 2022
Read More
Scroll for more
Tap
Danielle Brooks of “Orange Is the New Black” to host new season of ‘AfroPoP’
Be More Chill and Inside the 2018 Joe Iconis Christmas Extravaganza at Feinstein’s/54 Below