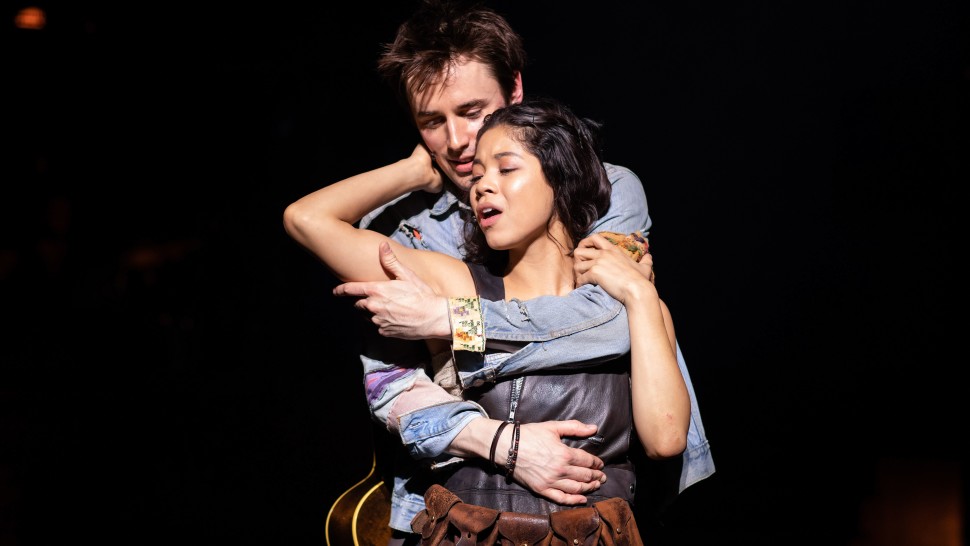 Hadestown has a long history. The show originated in 2006 and gained a cult following. In 2013, Rachel Chavkin came onboard and in 2016 the world premiere happened at the New York Theatre Workshop. In 2017 Hadestown received its Canadian premiere at Edmonton’s Citadel Theatre. The National Theatre helped to develop the show in London and the show played at the National’s Olivier Theatre until January 26, 2019.

Hadestown follows Orpheus and Eurydice (Eva Noblezada and Reeve Carney), and King Hades (Patrick Page) and his wife Persephone (Amber Grey). Journey to the underworld and back again set to the music of Anaïs Mitchell.

Suzanna BowlingSeptember 25, 2022
Read More
Scroll for more
Tap
He Says: So in Love am I with Roundabout’s Kiss Me Kate
The Bistro Awards and You Are There