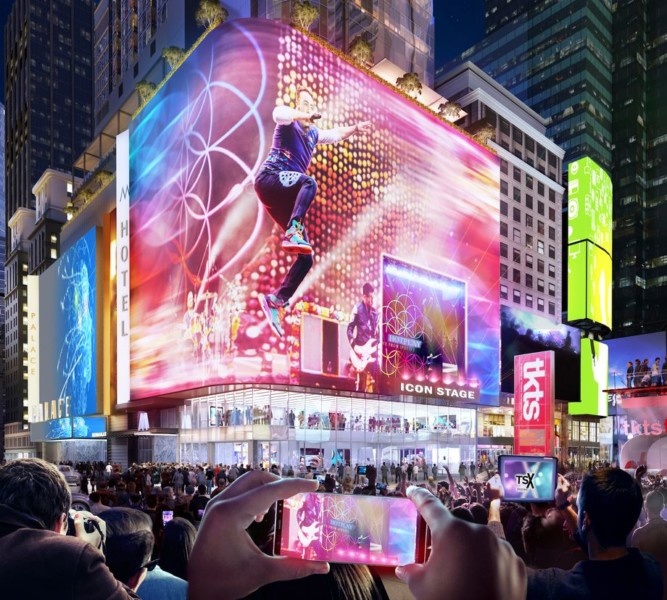 Two historic theaters are getting ambitious renovation and expansions. First up the Times Square Theater. The last of the 42nd Street theater’s has remained vacant for the past 30 years. Stillman Development International, LLC (S.D.I.) has reimagining it as a large retail venue, along with nearly century-old gem as its corner stone. Beyer Blinder Belle has been brought on to restore much of the existing structure and add in a two-story, glass addition. Beyer Blinder Belle is known for its renovation of historic buildings throughout the city including the Grand Central Terminal and City Hall. Restoration efforts will focus on the interior neoclassical motifs, the proscenium arch, and the grand dome, as well as raise the facade by about five feet to create taller ceiling heights.

New additions include a glass box overhang on the second floor that will let visitors look out on to 42nd Street, and two large terraces on the third and fourth floors of the building. Stillman is leasing the property for up to 73 years from the non-profit The new 42nd Street, which was established in 1990.

The plans for the Palace Theater to be raised about 30 feet, will create more space for its operations, and also open space for retail on the ground level. A 4,000-square-foot performance venue will be suspended 30 feet above Times Square, making this the only permanent outdoor stage in Times Square. The wraparound signage on the building will measure a 8,000 square feet. The existing DoubleTree hotel above the theater get demolished later this year. This new 46-story complex will be known as TSX Broadway, and it is being jointly developed by L&L Holding Company, Maefield Development and Fortress Investment Group. The Nederlander Organization will continue to operate the theater separate from the rest of the project. The $2.5 billion development will have 75,000 square feet of retail across 10 floors, above the theater. The two floors above that will 30,000 square feet of food and beverage venues, including a 10,000-square-foot outdoor terrace, which will reportedly be the largest such terrace in the Times Square area. The floors above that will have a 669-room hotel. 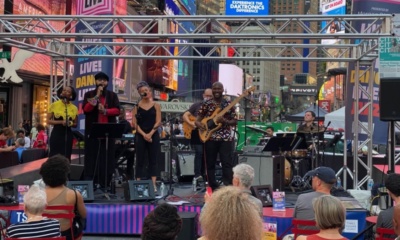 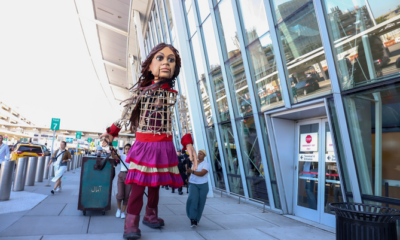 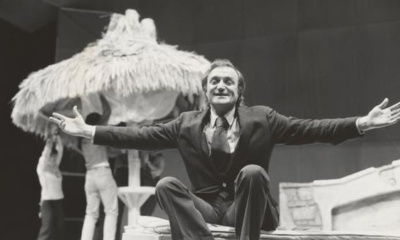 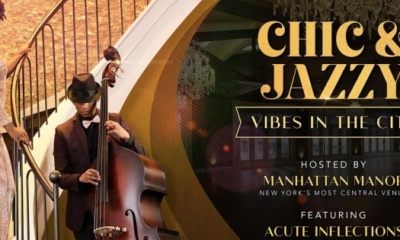 Chic and Jazzy in Times Square