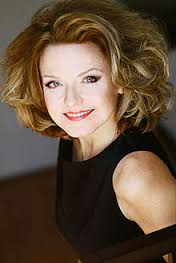 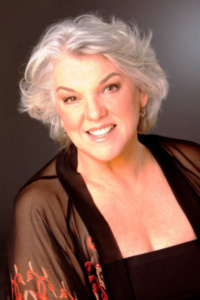 The York Theatre Company James Morgan, has announced the cast of the 1969 musical Dear World with book by Jerome Lawrence and Robert E. Lee, new version by David Thompson (based on an adaptation by Maurice Valency of the play The Madwoman of Chaillot by Jean Giraudoux), music and lyrics by Jerry Herman, starring 6-time Emmy® Award and Tony® Award-winner Tyne Daly (Gypsy) as Countess Aurelia. Also in the cast is Alison Fraser (March of the Falsettos) as Constance, Ann Harada (Avenue Q) as Gabrielle, and Lenny Wolpe (Wicked) as The Sewerman, with Dewey Caddell (Finian’s Rainbow) as The Sergeant, J. Bernard Calloway (Memphis) as President 2, Ben Cherry (Fiddler on the Roof) as The Waiter, Stephen Mo Hanan (Jolson & Co.) as President 3, Erika Henningsen (Les Misérables) as Nina, Hunter Ryan Herdlicka (A Little Night Music) as Julian, Peter Land (My Fair Lady) as President 1, Gordon Stanley (Ragtime) as The Prospector, and Kristopher Thompson-Bolden (The Nutty Professor) as The Mute. 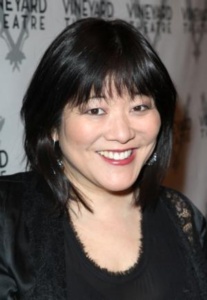 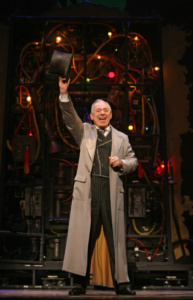 PLEASE NOTE: Due to popular demand, a special added performance has been scheduled for Sunday evening, March 5, 2017 at 7:00 p.m.

The Winter 2017 series concludes with Dear World, is about a group of businessmen who scheme to drill for oil in Paris. There is only one force in the world that can stop them: Countess Aurelia, the Madwoman of Chaillot. With the help of idealism, love, and poetry—not to mention two other madwomen, a local sewerman, and a pair of young lovers. The Countess fights to save Paris and the world from greed.

Dear World opened on Broadway in 1969, Mr. Herman became the first composer-lyricist to have three productions simultaneously running on Broadway, and for her performance 2015 Oscar Hammerstein Honoree Angela Lansbury received the second of her five Tony® Awards. The York Theatre Company’s acclaimed Musicals in Mufti series of musical theatre gems, performed in a simply-staged, book-in-hand concert format, celebrates its twenty-second historic year of shows from the past that deserve a second look. Mufti means “in street clothes, without the trappings associated with a full production.”

The York Theatre Company is the only theatre in New York City—and one of very few in the world—dedicated to developing and fully producing new musicals and preserving neglected, notable shows from the past. For over four decades, York’s intimate, imaginative style of producing both original and classic musicals has resulted in critical acclaim and recognition from artists and audiences alike. Under the guidance of Producing Artistic Director James Morgan since 1997, the York has focused on new musicals in its Mainstage Series—most of them world, American, or New York premieres—by some of the field’s most esteemed creators, and has also helped launch the careers of many talented new writers. Over 35 cast recordings from York Theatre Company productions are now available on CD, including its acclaimed revival of Closer Than Ever (2013 Off-Broadway Alliance Award for Best Revival); commercial transfers of such York premieres as The Musical of Musicals (The Musical!), Souvenir (Tony Award Nomination for actress Judy Kaye), and Jolson & Company, and revivals of Pacific Overtures and Sweeney Todd (four Tony Nominations including Best Revival) have all showcased the importance of the York and its programs. Recent hits have included Rothschild and Sons, Plaid Tidings and Cagney, currently playing to sold-out houses at the Westside Theatre starring Robert Creighton as James Cagney and the original York Cast.