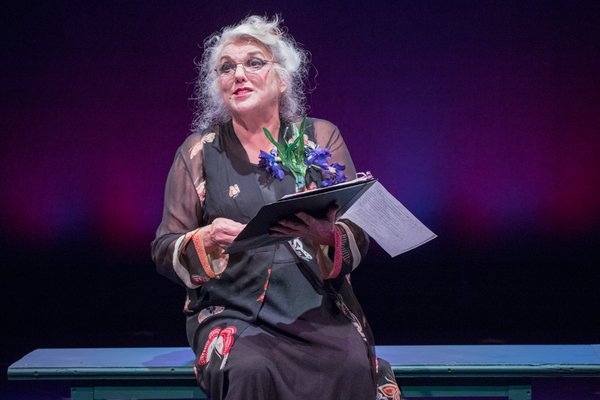 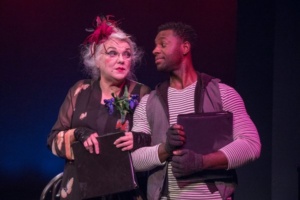 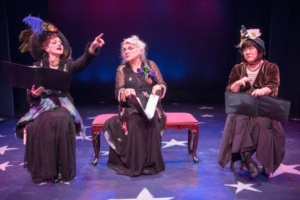 The Musical in Mufti staged reading at the York Theatre, of the 1969 musical Dear World is enchanting with star Tyne Daly. Growing up on this score by Jerry Herman, I thrilled to Angela Lansbury, Jane Connell, the songs “I Don’t Want To Know,” “Garbage” and “But I Never Said I Loved You,” which was in my audition book countless years ago. Having never had the chance to see the show performed, I was looking forward to finally putting all the pieces together. The orginal book by Jerome Lawrence and Robert E. Lee, has been revised by David Thompson (based on an adaptation by Maurice Valency of the play The Madwoman of Chaillot by Jean Giraudoux). It is now the title song that touches my heart and it’s relevance to today, could easily become our anthem. 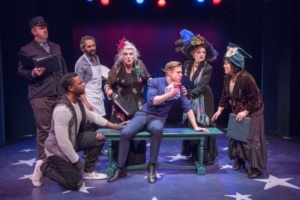 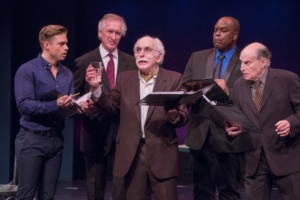 The show follows Countess Aurelia (Tyne Daly) as she learns of a prospector (Gordon Stanley, Ragtime) who senses that there is oil underneath a cafe bistro. He catches the attention of three corporate presidents (The fabulous Peter Land, Ruthless, My Fair Lady; J. Bernard Calloway, Memphis and Stephen Mo Hanan.) Together they send their lap dog Julian (Hunter Ryan Herdlicka, A Little Night Music) to blow up the bistro, but instead he throws it over a bridge. Thinking Julian is trying to commit suicide the Sergeant (Dewey Caddell, Finian’s Rainbow) knocks him out and brings him to the cafe. He falls in love with Nina (Erika Henningsen, Les Miserables) the bistro’s waitress at first sight. The eccentric Countess teams up with her two best friends the overtly sexual Constance (the outrageously marvelous Alison Fraser, March of the Falsettos) and Gabrielle with her imaginary dog (Ann Harada, Avenue Q). They call on the Sewerman (Lenny Wolpe, Wicked) for his expertise. 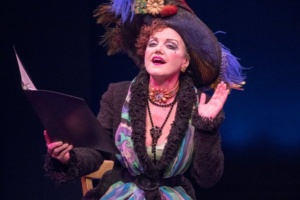 When Ms Daly, Ms. Fraiser and Ms. Harada get together for “Tea Party,” sparks fly with triple counterpoint and witty innuendo’s. 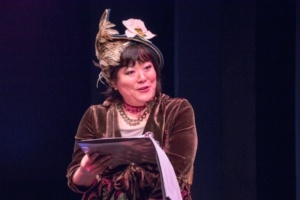 Rounding out the cast are Ben Cherry, (Fiddler on the Roof) as The Waiter and Kristopher Thompson-Bolden as The Mute. 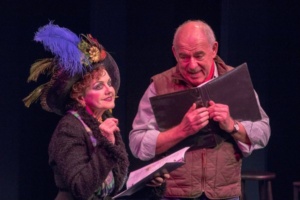 The York Theatre Company’s Dear World is perfectly cast. Daly chooses her own reality and breaks our hearts as she hauntingly sings  “I Don’t Want to Know” and “And I Was Beautiful.”Ms. Fraiser all but steals the show with her wide eyed insanity and perfect timing. Wolpe gets the most out of his role with his clear vocals and stamp on reality. Mr Land stands out in a smaller role and Ms. Henningsen gloriously sings “But I Never Said I Loved You.”Mr. Thompson-Bolden may only have one line, but don’t count him out. 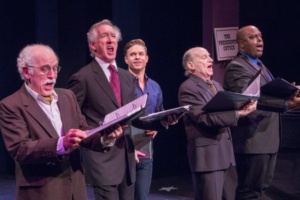 The direction by Michael Montel is simple, yet effective. The musical direction by Christopher McGovern, makes the score sound crisp and fresh. The scenic design by James Morgan, Lightening by Brian Mason is well done and to be commended. 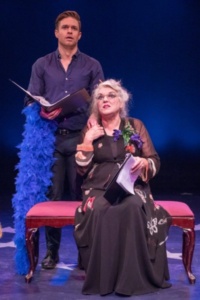 David Thompson’s adaptation is relevant to today, as corporations pursue oil and natural resources, humanity and our world will always be threatened. One voice can make a difference and this show lets that voice be heard. 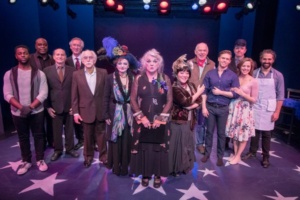 The cast of Dear World Photo by: Ben Strothmann

Genevieve Rafter KeddyAugust 6, 2022
Read More
Scroll for more
Tap
She Says: Not All Of Us Are Everybody
Opening Night With Tyne Daly and The Cast of Dear World