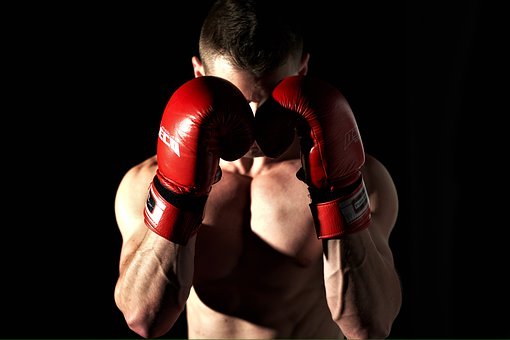 It’s now been a little over a month since Irish fighting superstar Conor McGregor announced his third retirement from UFC, and from the idea of getting into a cage to fight in general. So far, there’s been little to no sight that he’s considering going back on his word. In the past, McGregor’s ‘retirements’ have been written off as stunts – designed either to generate headlines or elicit a better pay deal from UFC supremo Dana White. This time around, his motivations appear less clear, and the route back for him seems to be less certain. Despite that, though, the general perception in and around the world of mixed martial arts is that he isn’t really ‘done,’ and he’ll be back when the right opportunity presents itself.

Compared to his previous retirements, this most recent one was low-key by McGregor’s lofty standards. It consisted of little more than a basic tweet, and a ‘thanks’ to his fans for the good times. It wasn’t timed to coincide with any major event, and as best as anybody’s aware, it hasn’t happened in the middle of any significant fight negotiations. McGregor is, for all of his talents, a notoriously unstable character, and there may be more going on with him than meets the eye, but the fact remains that he’s only 31 years old. He’s theoretically in the prime of his life, and it’s hard to believe the idea that he’ll never put the gloves on again. Cage fighters, like boxers, rarely retire and mean it until they’re much older. McGregor is probably just waiting for something – but what could that ‘something’ be?

The most obvious suggestion is a rematch with Khabib Nurmagomedov, who famously and decisively beat McGregor in 2018 after McGregor spent weeks before the fight subjecting Nurmagomedov, his family, and his fight team to constant ridicule and abuse in the press. The Russian has himself only fought once since beating McGregor, and was quoted in the media as recently as March this year as saying that he both wanted and expected a rematch with the Irishman. Could that fight be arranged, it would be the biggest-money bout available to UFC at the moment, and Dana White would surely love to book it. Both men would want enormous paydays for agreeing to the contest, but with so much pay per view revenue generated on the back of such a fight, there’s no reason why they wouldn’t be paid accordingly. Indeed, it’s a mystery that the fight hasn’t been agreed already – but perhaps McGregor has reasons for that.

When Nurmagomedov defeated McGregor on that fateful day, it was the fourth defeat of McGregor’s career. Nurmagomedov has never lost at all. In cage fighting, that’s almost unheard of. While an extremely talented boxer might be able to retire undefeated, the sheer number of variables that go into an MMA contest usually make at least one defeat inevitable over the course of a career. That’s why the various slot categories and themes that now adorn the pages of online slots websites represent the sport so well. The fact that so many such games – ‘Cage Fight,’ MMA Legends,’ and ‘Mighty Winners Assault’ being just three of the most recent examples – are now available online reflects the popularity of the sport, but also its random nature. You can never predict the outcome of the next spin on an online slots game, and nor can you confidently predict the outcome of a real fight. Anything can happen to any fighter on any day. The fact that Nurmagomedov appears to be exempt to that rule suggests that he’s an anomaly, and perhaps one that McGregor has decided he’d rather avoid.

If that fight isn’t going to happen, there’s another contest that was expected to take place in his future. Famously (and lucratively), he fought Floyd Mayweather Jr in a boxing contest a few years ago and drew huge pay-per-view numbers in the process. Unsurprisingly, he lost the fight. Almost everybody expected him to. As great as McGregor undoubtedly is, the reality of the situation was that he was never likely to prove to be a threat to one of the greatest boxers in history inside a boxing ring. According to most insiders at the time, though, that fight was supposed to be the first of at least two. After McGregor stepped into a boxing ring, Mayweather was supposed to step into a cage and return the favor. We even heard a few months ago that Mayweather was in negotiations with Dana White, and it’s hard to believe those negotiations would have been about anything other than a fight with McGregor. We may never know what happened during or after those negotiations, but if McGregor is really retired, then the fight is out of the question.

Perhaps he’s become tired of getting hurt for our entertainment. Perhaps, like Brock Lesnar and Ronda Rousey before him, he’s realized that he can make more money with less risk by stepping inside a professional wrestling ring in the theatrical world of WWE. WWE has a long history of paying big money to ‘real’ sports starts to step inside the right (Mayweather and Tyson Fury are both examples of this, along with the aforementioned Rousey and Lesnar), and McGregor’s ‘over the top’ persona would be a perfect fit for the ‘sports entertainment’ world of WWE. He could even pick up a thing or two from wrestling legend the Undertaker, who knows all about retiring and then coming back repeatedly. Again, though, we suspect there’s an issue with this. Wrestling is scripted, and its performers are sometimes required to lose. McGregor’s ego might not allow for that, and he’s also a smaller athlete. It’s one thing for Brock Lesnar – a hulk of a man – to step into a wrestling ring and start throwing three hundred pound men around. For McGregor to do the same thing at his size would stretch the boundaries of plausibility.

Whatever comes next, we’re still confident that the McGregor story isn’t over. It’s only been a month, and a month is no time at all in the world of professional fighting. Whether it’s next month, next year, or the year after that, we expect to see McGregor return to the spotlight again. It’s all just a question of timing and money – and it probably always will be.