Up Close and Personal With Be More Chill’s George Salazar

Up Close and Personal With Be More Chill’s George Salazar

George Salazar is an American actor, singer, and musician known for his work on and off Broadway. He most recently appeared in Lucille Lortel Theatre’s off-Broadway production of The Lightning Thief. In 2011, he made his Broadway debut singing “Light of the World” in the revival of Stephen Schwartz’s first musical, Godspell. George appeared in his most recognizable role to date as Michael in the 2015 stage musical Be More Chill at the Two River Theater and is an experienced percussionist on drumkit and cajon. Salazar  sings Be More Chill’s “Michael In the Bathroom” one of the shows most iconic songs. 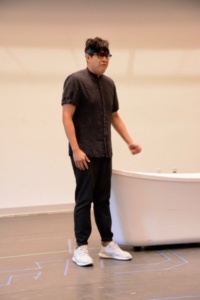 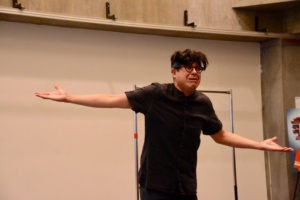 Suzanna BowlingJuly 28, 2022
Read More
Scroll for more
Tap
Fire in Dreamland Burns Bright at the Public
The Damned and the Complicity of Us All