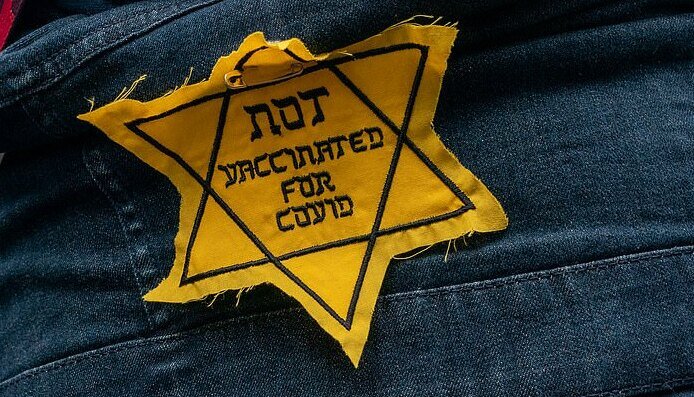 “I´m a man of faith, and I don´t believe that putting something manmade into my body is good.”

Mayor de Blasio and NYC are blackmailing and bribing essential workers to vaccinate. We are facing a crime spike, shortages of police, firefighters, EMT’s, nurses, doctors, teachers and sanitation workers. De Blasio’s edict has triggered furious protests, and warnings up to 40 per cent of fire houses could close, with up to 150 fewer ambulances a day in service. Maybe they know something we don’t.

The vaccine deadline officially expired at 5pm Friday, with anyone showing proof of one shot before receiving a $500 bonus. Workers will now be allowed to get the shot on Saturday and Sunday, so they won’t be put on unpaid leave if they show up to work with proof of inoculation on Monday.

De Blasio has stated: “My job is to keep people safe” yet they have flown unvaccinated illegal aliens into NY. What about this? What about the bail relief which allows criminals to prosper.

My body, my choice unless it is the vaccine right? Wrong, I have the card and I am still morally opposed.

Suzanna BowlingJanuary 16, 2022
Read More
Scroll for more
Tap
Christmas Comes To Times Square With Broadway Show Globes and Live Concert
$450,000 Per Person to Families Who Illegally Crossed Into The US and Were Separated. What is Wrong With that Picture? And It Gets Worse.