Vatican Falls Opens Off Broadway At The Tank 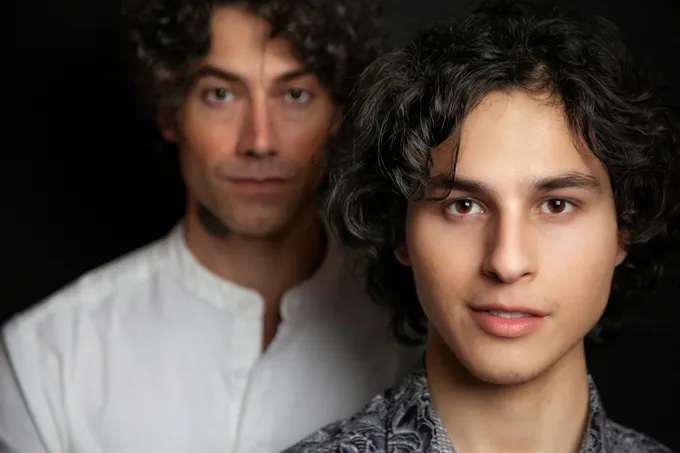 Vatican Falls Opens Off Broadway At The Tank

There have been at least 330,000 cases of sexual abuse of children by Catholic priests, nuns, Popes and others in the church. The number will really never be known due to the Church officials covering them up and many men still in shame over crimes that were not of their own choosing. The abused, mostly boys, but also girls, start as young as three years old, with the majority of abuse between the ages of 11 and 14. Cases have also been brought against members of the Catholic hierarchy, who then covered up the sex abuse allegations and moved abusive priests to other parishes, where the abuse always continued. This is a world wide pandemic. 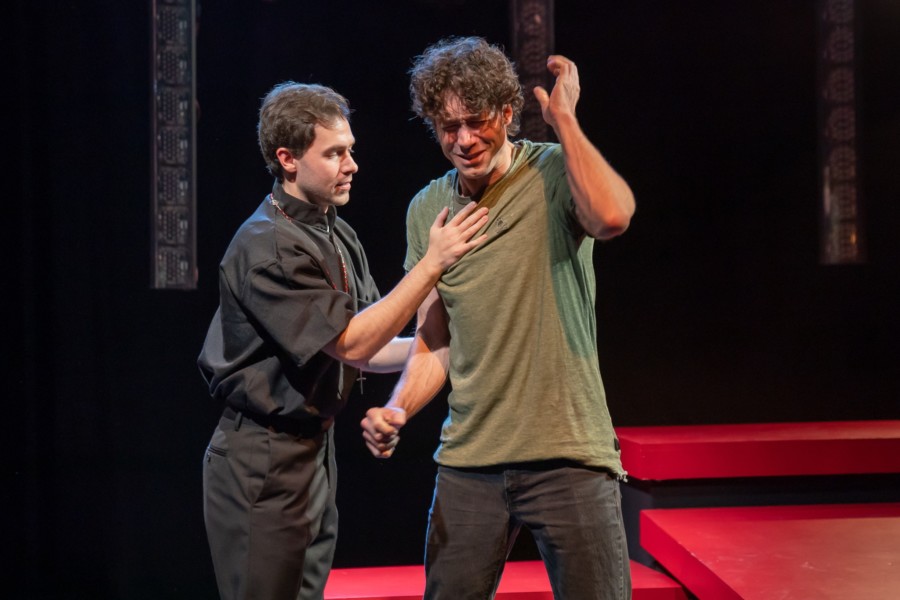 I personally knew the brave and courageous Phil Saviano, the man who helped bring down almost 250 priests in Boston and more. One priest can have over 3,000 victims and most of the time they are kept silent. 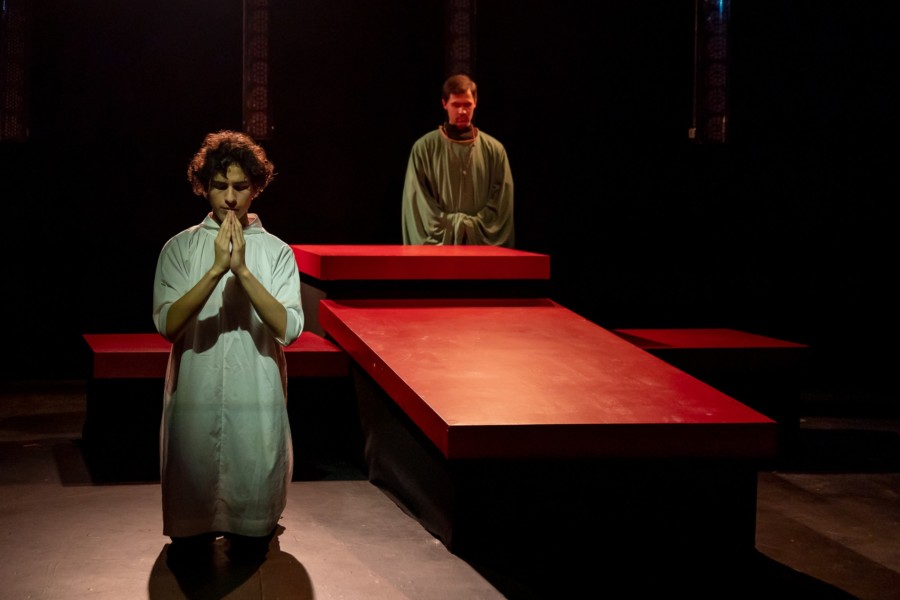 I am a survivor of sexual abuse, so plays of this nature have me wanting to cheer, sadly Frank J. Avella’s Vatican Falls, has great intent, but is missing so much.

This two and half hour long play is confusing, all over the map, miscast, misdirected and missing character development. It felt like a new playwrights work. Maybe the author and director Mr. Avella, is too close to the work, for the play tells real survivor’s stories. The show is co-directed by Carlotta Brentan, who is also in the show playing the love interest. Never a good idea, as you need non bias eyes. 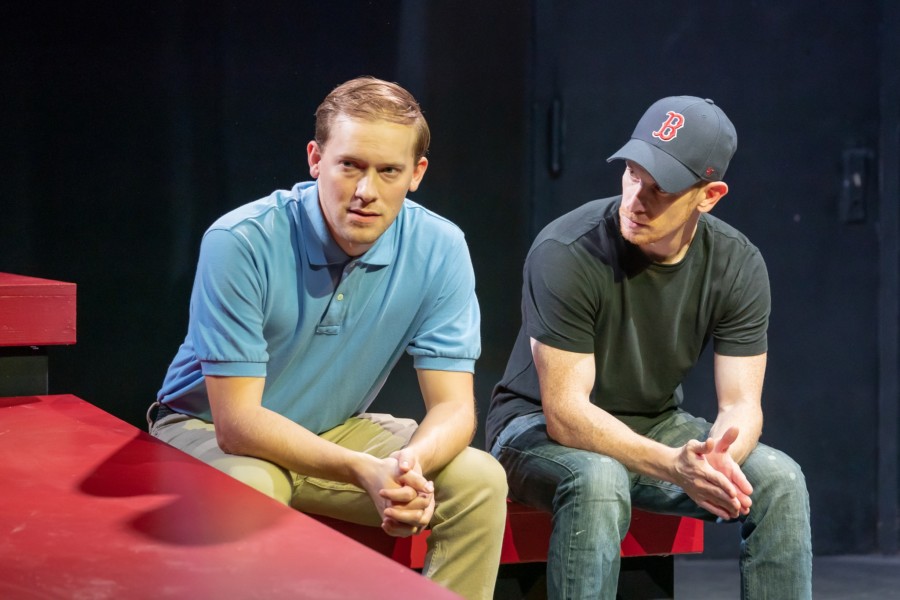 I hate writing this review, as most who survive sexual assault are damaged, with some ending their lives as a result of victimization and disbelief by those they love. I wish to offer only love and support for victims, but sometimes being a reviewer puts us in horrible places.

Vatican Falls, takes place non-linear, so the audience is never sure if they are in Boston, Rome, New York or Los Angeles. The play also spans decades, and we are never sure which one we are in. The show would be better starting from the beginning and moving forward in time, with flashbacks. 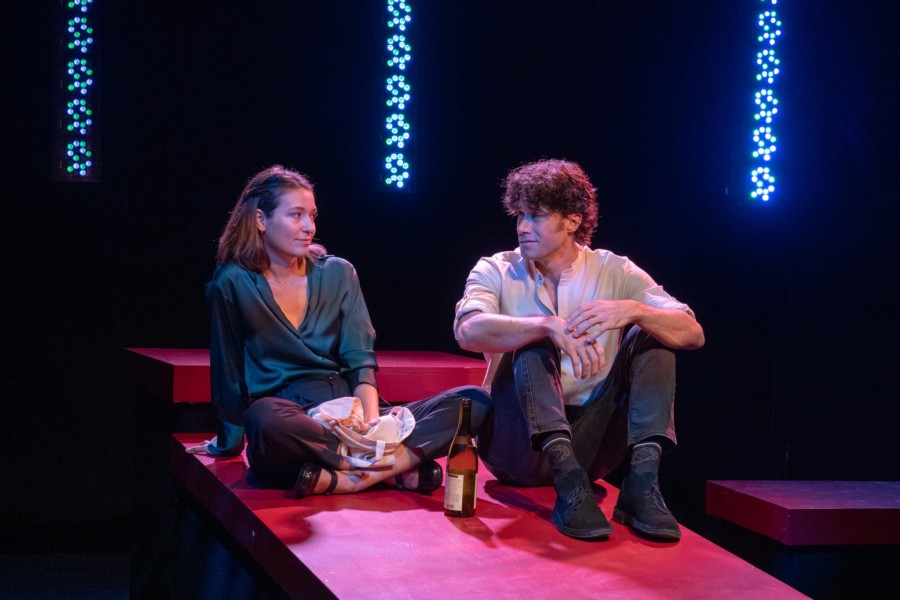 In the course of all this is a love story between a Vatican operative Claudia (Brentan) and our protagonist Riccardo (American Idol heartthrob Ace Young). On Riccardo’s side are fellowship leader, Vi (Tucker Aust), whose desire for retribution fuels what seems like a survival group. In the group are the homosexual Matt (Jeremy Clapp), the straight Charlie (Danny Hilt) and their spy Gianluca (Jacopo Constantini), who turns out to be abused and related to Claudia. 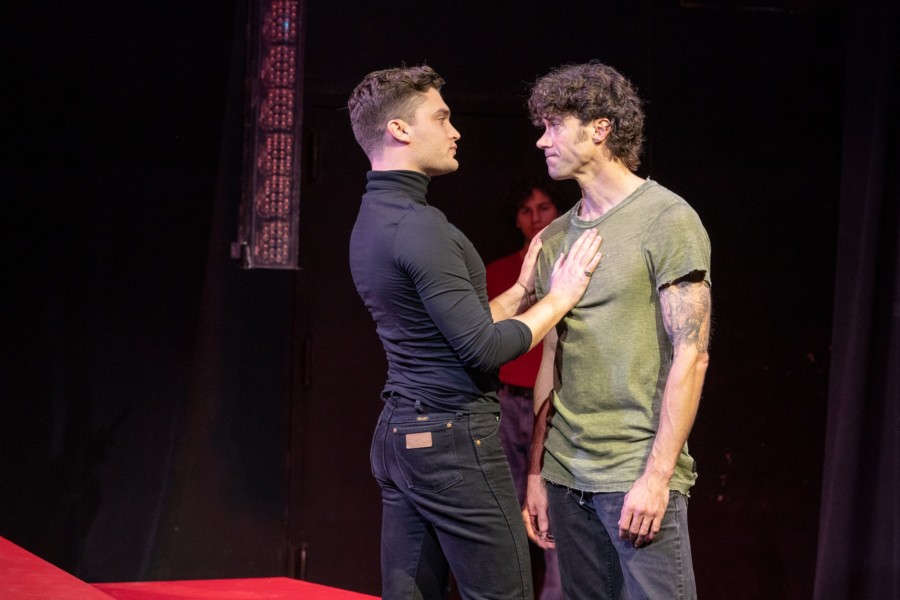 As we learn about Riccardo’s life, we meet his alcoholic mother (Alice Barrett Mitchell), His younger brother Peter (James Gracia) and the priest who abused both boys and manipulated the mother Father David (Edward L. Simon). 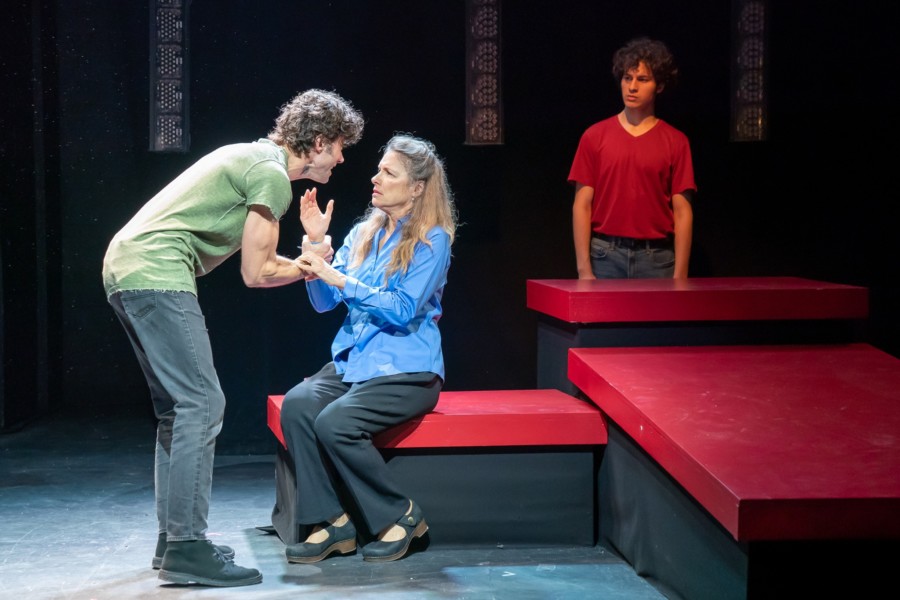 There is also a Monsignor (Ryan Wright), who we are not sure if he abused, but he is defiantly covering it up.

One of the most confusing things and the image that stays in your mind, is when Peter takes off his shirt and he is covered in hickeys, bruises or something else. The priest who is abusing him wants him to be on the swim team, yet these would show. We are never told what these are or how others would not see this and question. Also in the end who was abused first and who is the older and who is the younger brother come into question.

The show is unevenly cast and in the end, all of the actors and the playwright’s resumes read better than what was on that stage.

Suzanna BowlingJanuary 24, 2023
Read More
Scroll for more
Tap
He Says: Arthur Miller’s Death of a Salesman Revival on Broadway Overflows with Respect and Relevance
A Lady For Our Times – Eleanor at ACT II Playhouse