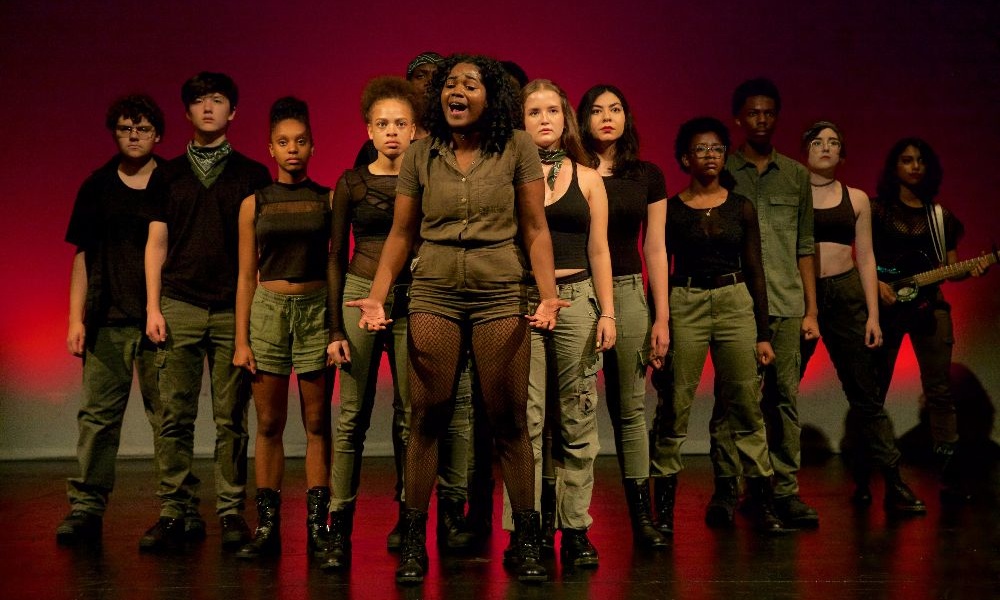 With a mission to nurture the unapologetic, unrestrained creativity of the next generation, Rebel Verses provides an opportunity for young artists ages 13-19 to perform their own original work and to collaborate and network with their peers and prominent guest artists. Founded 16 years ago by Developing Artists, and co-produced by Vineyard Theatre, Rebel Verses celebrates the work these young artists create in an environment that champions the legitimacy of all stories and backgrounds.

Each night will include a prominent Guest Artist joining the festival for a special performance.

Additional artists will be announced in coming weeks.

“Rebel Verses is an opportunity, offered by the Vineyard Theatre and Developing Artists, for young poets, rappers, spoken word artists, and more, to respond, reflect, and reveal their perspective of the world around them,” says Joe Morton, a previous participating guest artist.

“Rebel Verses is truly unique, giving passionate young artists the chance to express themselves bravely, and audiences the chance to hear directly from the hearts and minds of the next generation,” says Sarah Stern, Artistic Director of Vineyard Theatre. “We are proud to partner with our friends at Developing Artists and look forward immensely to being inspired by the energy, honesty and creativity of the young artists in this year’s festival; The Vineyard is electric when they are on stage!”

As a home for young artists and an incubator for new voices in theatre, both Developing Artists and Rebel Verses boast a roster of alumni who are now working professionals in the performing arts. Among these artists are Raul Castillo (“Looking”), Sean Carvajal (Jesus Hopped the ‘A’ Train), Alex Flores (The Maze Runner), Lexi Lawson (Hamilton), Dominique Morisseau (Tony Award-nominee for Best Book of a Musical for Ain’t Too Proud, author of The Detroit Projects trilogy). In 2007, The Vineyard producedHistory of the Word by Developing Artists alumnus Ben Snyder, in collaboration with students at Washington Irving High School and director and Vineyard board member Joe Morton.

Tickets from $5-$20. To purchase tickets and for more information, visitwww.vineyardtheatre.org or call the box office at 212-353-0303.

Developing Artists provides opportunities for underserved teens to reach their full potential through practical application of the performing arts. We help diverse students to proclaim themselves as ARTivists who relentlessly fight for positive social change. Developing Artists’ signature innovation is the creation of Rebel Verses that unites an underserved segment of the theater community; one that celebrates the voices of young artists by inviting the best youth performing arts companies around to participate in an annual two-week festival. Developing Artists’ Board of Directors includes David Zayas (Fox: “Gotham,” Showtime: “Dexter”), Ana Ortiz (ABC: “Ugly Betty,” Lifetime: “Devious Maids”) and Pulitzer Prize-winning playwright Stephen Adly Guirgis (Between Riverside & Crazy, Co-Creator & Executive Producer of “The Get Down”), who all believe passionately in the organization’s mission.

Vineyard Theatre is an Off-Broadway theatre company dedicated to developing and producing bold new plays and musicals by both emerging and established artists. The theater is committed to creating an artistic home for daring and diverse artists and nurturing their unique voices. For over 35 years, the company has sought to produce work that challenges all of us to see ourselves and our world in new ways, and that pushes the boundaries of what theatre can be and do.

The Vineyard’s Paula Vogel Playwriting Award and Susan Stroman Directing Award provide residences to early-career artists, and our education programs serve over 700 NYC public high school students annually, culminating in Rebel Verses in collaboration with Developing Artists. Works developed and premiered at our home in Union Square have gone on to be seen around the world, and The Vineyard is proud to be the recipient of special Drama Desk, Obie, and Lucille Lortel awards for artistic excellence.

Rebel Verses is funded in part by public funds from the New York City Department of Cultural Affairs in partnership with the City Council, the New York State Council on the Arts, the Miranda Family Fund of the Hispanic Federation, and the Tiger Baron Foundation.