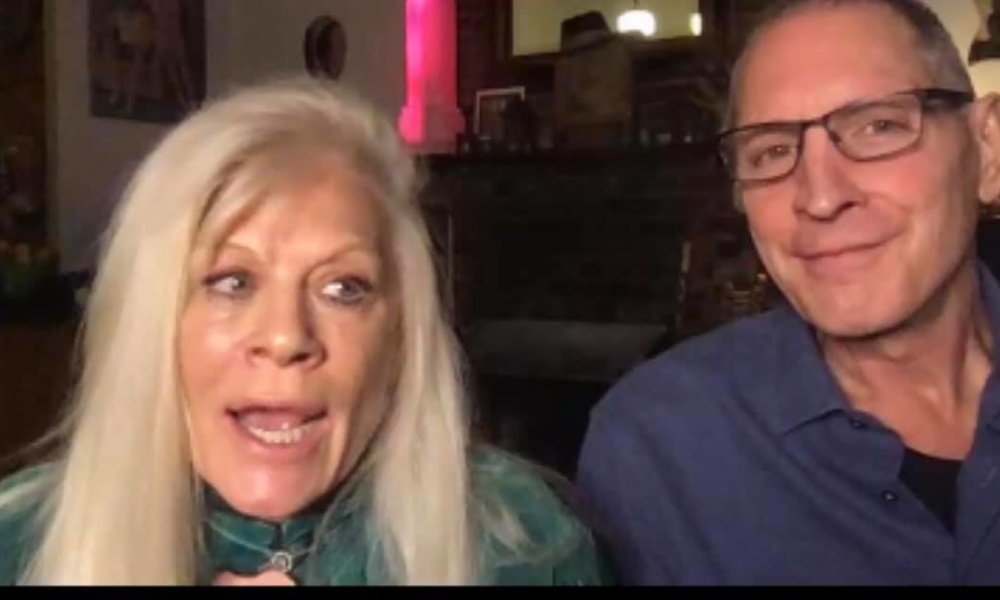 On Thursday November 5th, T2C’s Suzanna Bowling interviewed The Lambs’ Virtual Conversation with Hillary Smith and Crystal Chappell, Gary Donatelli and Ilene Kristen talk about their careers on working on Daytime Dramas, aka the Soap Operas.

Hillary Smith is best known for her roles in the daytime soap operas. She made her soap debut in 1982, as Kit McCormick on The Doctors and one year later, taking over the role of Margo Hughes on As the World Turns, a role she played from 1983 to 1990. After taking maternity leave from acting after the birth in 1988 of her son, Smith returned to daytime television, originating the role  of Llanview District Attorney Nora Hanen Buchanan on ABC soap opera One Life to Live. Character she has played from 1992 until the series’ cancelation in 2012. She later returned to show in the 2013 The Online Network short-lived continue.[2] Smith won the Daytime Emmy Award for Outstanding Lead Actress in a Drama Series in 1994, for her performance in One Life to Live.[1]From 1994 to 1995, Smith also has starred as lead in the NBC sitcom Something Wilder. Smith appeared and produced web soap-type series Venice: The Series. As producer, in 2014 she has won Daytime Emmy. In 2014, Smith was the supervising producer for the soap opera web seriesBeacon Hill, and was nominated for a 2015 Daytime Emmy for Outstanding New Approaches Drama Series.

Crystal Chappell’s first daytime appearance was as a day player on All My Children in 1989.  After a brief run on Santa Barbara in 1990,  Chappell was cast as Dr. Carly Manning Alamain (Katerina von Leuschner) on Days of Our Lives. She portrayed the role from June 1990 to October 1993Crytal’s  next role was as Maggie Carpenter on One Life to Live from October 1995 through September 1997. From July 2, 1999 to September 18, 2009, she played complex villainess/anti-heroine Olivia Spencer on Guiding Light. The role of Olivia was initially only intended to be a short-term role, but Chappell’s portrayal was so popular she was signed to a contract. She won a Daytime Emmy Award for Outstanding Supporting Actress in a Daytime Drama for her work as Olivia in 2002 and was nominated again in the same category in 2005 and 2006. In 2007, she earned her first nomination in the Outstanding Lead Actress category. Crystal  returned to her role on Days of Our Lives in September 2009 and begin airing in October. In May 2011, her contract was not renewed and her character ended its run in late summer. Chappell joined the cast of The Bold and the Beautiful in 2012 as Danielle Spencer, who was featured in the show’s first gay storyline.

Gary Donatelli is is an 8-time Emmy Award winning director and producer, and has worked on Loving, Another World, One Life to Live, General Hospital, and The Bold & The Beautiful. He has logged more then 1,000 cumulative hours of daytime fare and fore more Emmy;’s for Best Directing Team in daytime. Gary was the 2nd Vice President of the Directors’ Guild of America, is an Adjunct Professor at NYU, and a Trustee of the soon to be completed Barrymore Film Center in Fort Lee, NJ.

Ilene Kristen is best known for her portrayal of Delia Ryan on Ryan’s Hope, and her ten-year stint as Roxy Balsom on One Life To Live, for which she recieved two Emmy nominations for Best Supporting Actress. She portrayed Norma Gilpin on Loving, Madeline Thompson on Another World. Other television work includes Law & Order, Law & Order SVU, The Good Policeman, Third Watch and The Sopranos. She has worked extensively on Broadway, Off and Off Broadway, and has been a member of the Ensemble Studio since 1984.

Hosted by Suzanna Bowling, co-owner and publisher of the Times Square Chronicles. At one point a working actress, Suzanna has performed in film, TV, opera, theater and cabaret, and has performed at the New Orleans Jazz Festival and Carnegie Hall. She is a proud member of the Drama Desk and Outer Critics Circle.

Lamb Magda Katz was the Collie  (Lambs lingo for ‘producer).

G. H. HARDINGNovember 30, 2022
Read More
Scroll for more
Tap
The Glorious Corner
What To Watch November 9th To Take Away The Blues