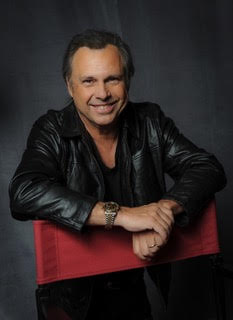 Join The Lambs for another virtual conversation on June 22nd, 7:15 PM.

Todd Fisher is an director, cinematographer, producer and actor of television films and documentaries. Fisher is the son of singer Eddie Fisher and actress Debbie Reynolds and brother of actress Carrie Fisher.

Todd has a professional background in architectural design and sound engineering, with experience designing and building sound stages, recording studios, and television facilities. Fisher is also a business executive; the former CEO, president, CFO, and treasurer of the Debbie Reynolds Hotel & Casino (DRHC), Debbie Reynolds Management Company, Inc., and Debbie Reynolds Resorts, Inc. As of 2013, he is the CEO and curator of the Hollywood Motion Picture Museum, which is housed at Debbie Reynolds Studios (DR Studios) in North Hollywood and at his ranch.

Todd’s new book about life with his mother and sister, My Girls, is available on Amazon (Click on the photo) as a hard cover, paperback and audiobook.