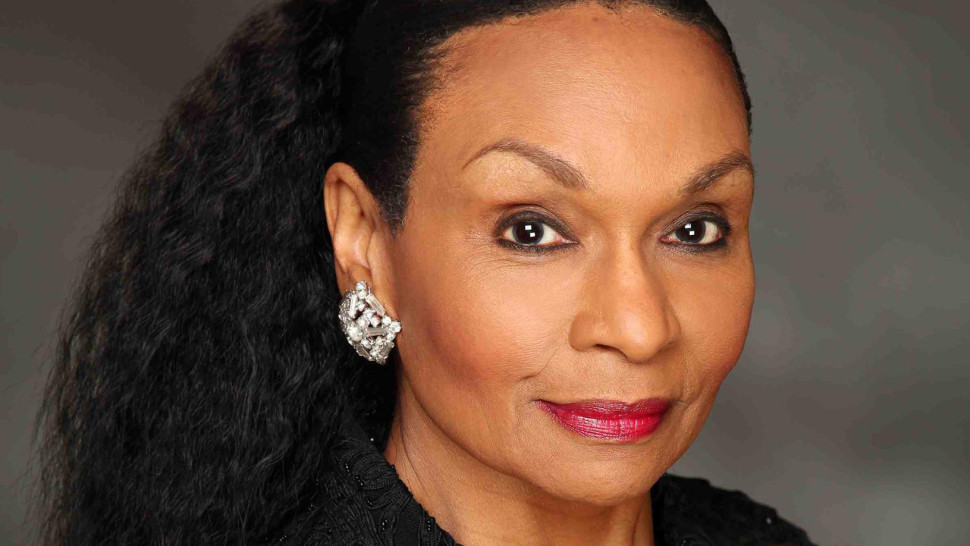 Vivian Reed and Her Music

Vivian Reed and Her Music 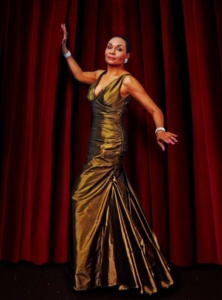 Vivian Reed is a multi-award winner with two Tony Award nominations, a Drama Desk Award, a Theatre world Award, Outer Critics Circle Award, Dance Education of America Award, NAACP Award and several others. Studying at the famed Juilliard School of Music she also had extensive dance training and became a polished performer under the guidance of Honi Coles. In 1968, Vivian popularized a Gerri Goffin and Carol King tune “Yours Until Tomorrow,” but it was in Bubbling Brown Sugar that she captured the attention of Pierre Cardin who booked her into his theater and held her over for several weeks. 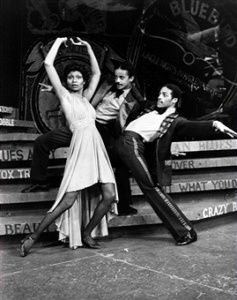 Vivian has appeared on many TV variety talk shows, One Life to Live has performed with Bill Cosby, Patti Labelle, Brian Stokes Mitchell, Audra McDonald, Elaine Stritch, Alan King, Sammy Davis Jr., Quincy Jones, Ashford and Simpson and Charles Aznavour just to name a few. On film she portrayed Josephine Baker. Vivian received critical acclaim in major productions of Sophisticated Ladies, Roar of the Greaspaint, Smell of the Crowd, Blues in the Night, Don’t Bother Me, I Can’t Cope, High Rollers, Show Boat, Tintypes and was featured in Michael John LaChiusa’s Marie Christine at Lincoln Center. Ms. Reed also has a series of plays under her belt. Vivian has given back of her talent by teaching at Berklee College of Music in Boston where she created a performance class teaching the many aspects of performing and establishing a yearly concert event called Singer’s Night. Recently she presented her nightclub act to two sold out houses and concluded two book musical workshops One For My Baby and The Countess Of Storyville.

Besides her theatrical career she has made a total of six albums, has a career in voice overs as well as TV commercials, is a professional photographer and scarf designer. On Friday she heads to Feinstein’s/ 54 Below to perform in Central Park And Other Dreams. T2C had a chance to talk to this prolific and giving performer.

T2C: Bubbling Brown Sugar shot you to fame on Broadway and you became known for “Sweet Georgia Brown.” What was that experience like?

Vivian Reed: I also sang “God Bless The Child.” I was very young when I did that show. I had done 2 or 3 shows before that. I was with the show from the very beginning. I created the role in BBS at AMAS and it was wonderful to have a show that highlighted my strengths.

T2C: In your mind was there a moment before that that defined your career?

Vivian Reed: I had done a few records and concerts. One song, ‘Yours Until Tomorrow,’ got on the national R&B charts. Everything that you do shapes you and gives you experience. This made me ready for the next steps ahead. It’s a journey.

T2C: What other moments were highlights?

Vivian Reed: Going to Paris and working with Pierre Cardin, to Japan with my band and touring Europe with Bubbling Brown Sugar. I had never been to other countries. I also love doing straight plays because you don’t have to worry about your singing voice. I loved doing The Second Tosca by Tom Rowan. The character and I had a lot in common. This was the first time I didn’t want to paraphrase how the dialogue was written.

T2C: I read that you were on One Life to Live. Who did you play? Did you enjoy the soap opera experience?

Vivian Reed: I played myself. Yes, it was wonderful, but I don’t think I could do a soap opera for long, it is stressful having to learn those lines on the same day you shoot.

T2C: You worked with Michael John LaChiusa and Audra McDonald on Marie Christine. What was that like?

Vivian Reed: I did it because Graciella Danielle wanted me. I originally did not want to do it because the role was small. However, Michael wrote this wonderful song for me “Miracles and Mysteries.” You needed to be musically very educated to do this show. It was very hard and I went into the show two weeks late. It was a challenge but I rose to the occasion. Marie Christine is more a contemporary opera.

T2C: Are their other songwriters you would like to work with?

Vivian Reed: Stephen Schwartz, Jason Robert Brown, Frank Wildhorn… I don’t stress over who I work with. For me the melody and the story have to be strong with a great message. I did Sondheim Unplugged and it wasn’t until “Losing My Mind,” was submitted to me that I found the perfect song for that show.

T2C: Has Broadway changed for you?

Vivian Reed: Yes, now the producers want huge names and it hurts theatre performers who don’t have big names, so you have to go another way. I went into the clubs.

T2C: What song or song medleys describe who you are? 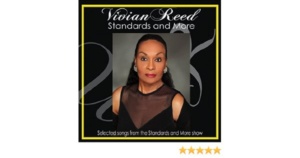 Vivian Reed: “Standards and More” is an album I released a month ago. On it I did a medley of “Just One of Those Things,” “Almost Like Being In Love” and “I’m going to live till I Die.” I, recently, did a Lena Horne show in Pittsburgh and it will be in NY, November 9th at 54 Below. Lena was kind to me when I was at Julliard, she gave me a trunk filled with glamorous gowns she wasn’t wearing anymore. I ended up meeting her a few years later. Songs have to mean something to me, I have to identify with them. I arrange every song I do. I don’t chart them, but I know how I want the songs to go.  When I was rehearsing for TinTypes, at Hartford Stage, one of my songs was “I Ain’t Never Done Nothing to Nobody.” When I got together with the musical director, I wanted to change the approach to the song. The scene was directed differently from Broadway and I was allowed to take a different approach with the song….. the writer loved what I did. You have to make the music fit the moment.

T2C: What is Central Park And Other Dreams about?

Vivian Reed: It’s a new song cycle of which I sing two songs. The show is all about New York and the seasons. William Schermerhorn and Matthew Sklar’s writing is innocent and lovely. The first song I sing is “Prelude.” it’s short, simple and to the point. “Stroke,” is about  people swimming and rowing and how she met her man in Central Park. I also sing a duet, “A Train,” with Alan Harris.  Most of us doing the show all come from Pittsburgh.

T2C: I hear you have a scarf company.

Vivian Reed: I’ve had a shop on Etsy for over three years. My mother taught me to sew at the age of 10. When my mom passed away I started my line and opened my shop. I make them all myself. https://www.etsy.com/shop/vjrscarves?section_id=16762031

Vivian Reed: I take what I do very seriously. I have worked very hard on my craft. If you see someone who is doing what you want to do, don’t be jealous and hate, put in the work and be the best you can be. Success is relative. What are your goals? I would like to do more in my career and if that does not happen, I am grateful for what I have accomplished thus far because what I have done might be only a dream for someone else. You have to put in the work… there are no short cuts.

Find the joy in putting your stamp on it, keep the integrity of the piece and find your voice.