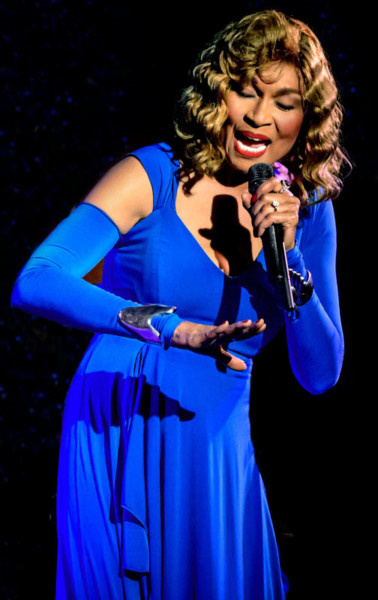 Vivian Reed – the two-time Tony Award-nominated Broadway star and concert artist will debut her new show “Little Bit of Soul, Little Bit of Pop” at The Green Room 42 on Saturday, June 15 at 7:00 PM. Reed is back to display her rare vocal ability to powerfully deliver songs in a variety of genres. The evening is packed with her unique arrangements of well-known music from an eclectic group of songwriters, such as Lionel Richie, Steve Winwood, Brenda Russell, Alan Jay Lerner, and Stevie Wonder. Her energy and passion are accompanied by conductor James Davis on piano, leading an all-star quintet.

But that’s not all, she will reprise her centennial tribute to entertainment icon Lena Horne on Thursday, May 23 at 7:00 PM at the York Theatre Company. The evening is back by popular demand after several sold-out shows over the last two years. Reed offers fearless renditions of Horne classics such as “Stormy Weather,” “The Lady Is a Tramp,” “A Fine Romance,” “I’ve Grown Accustomed to His Face” and “On a Wonderful Day like Today.”

The evening honoring Lena Horne received rave reviews when it was introduced to New York. We called the show “an exciting and emotional evening of music and conversation.”

Vivian’s recent album “Standards and More” —available on iTunes, Amazon and CD Baby — includes arrangements of eternal songs by Billy Strayhorn (“Take the A Train”), Rodgers & Hart (“My Funny Valentine”) and Cole Porter (“Just One of Those Things”) in a dazzling blend of pop, jazz, soul and R&B.

Called “a lithe and dynamic triple-threat performer, with a voice that roams magically from contralto depths to R&B peaks” by Time Out New York, Reed’s explosive resurgence has found her headlining major concerts, including a triumph at the Edith Piaf Centennial Celebration at Town Hall with the American Pops Orchestra. In Out Magazine, Michael Musto raved about her “grace, boldness, and amazing notes. Star this woman in another Broadway show immediately.” These accolades follow acclaimed Town Hall appearances at The Mabel Mercer Convention and “Broadway Unplugged,” in addition to the National Black Theatre Festival and the new Harold Arlen musical One for My Baby.

Vivian Reed is a passionate multi-faceted entertainer who has earned two Tony Award nominations, the Drama Desk Award, Theatre World Award, Outer Critics Circle Award, the NAACP Award and several others.  When Vivian originally took New York by storm in the original Broadway production of Bubbling Brown Sugar,she was hailed for her “magnificent voice” by The Hollywood Reporter and her “fine dancing talent and stage electricity” by The New York Post. People heralded her one of their “25 Most Intriguing People of the Year.” In the musical she introduced her fiery rendition of “God Bless the Child,” which has since become her signature show-stopper. Vivian subsequently starred in the show in Los Angeles and then led the world tour through England, Germany, Switzerland, Holland, Italy, France and beyond.

Her national TV appearances include “The Tonight Show,” “The Today Show” and the ABC daytime drama “One Life to Live.”  She has shared the bill with notable performers such as Patti LaBelle, Brian Stokes Mitchell, Audra McDonald, Elaine Stritch, Alan King, Sammy Davis Jr., Quincy Jones, Ashford & Simpson and Charles Aznavour.  Her film credits include Heading for Broadway, L’Africainwith Catherine Deneuve and La Rumba, in which she portrayed Josephine Baker. Recently she produced and starred in the short film What Goes Around, written by Straight Outta Compton star Angela Gibbs. She captured the attention of Pierre Cardin, who booked Vivian into his theater which led to her first European TV special. She was invited by the Prince and Princess of Monaco to sing in Monte Carlo and later performed at the Top Fashion Designers Gala at the Théâtre des Champs Elysées and the American Film Festival in Deauville. She has been featured in Vogue, Elle, Time, Paris Match, People, Ebony and a cover profile in Jet.

Vivian Reed will perform “Little Bit of Soul, Little Bit of Pop” at The Green Room 42 (570 Tenth Avenue at 42nd Street, on the 4th Floor of Yotel) on Saturday, June 15 at 7:00 PM. The cover charge is $20-60. There is no food and drink minimum. For tickets, please visit www.TheGreenRoom42.com. She will honor Lena Horne on Thursday, May 23 at 7:00 PM at the York Theatre Company (619 Lexington Avenue). Tickets are $40 and $35 for York members. Please visit YorkTheatre.org for more information.