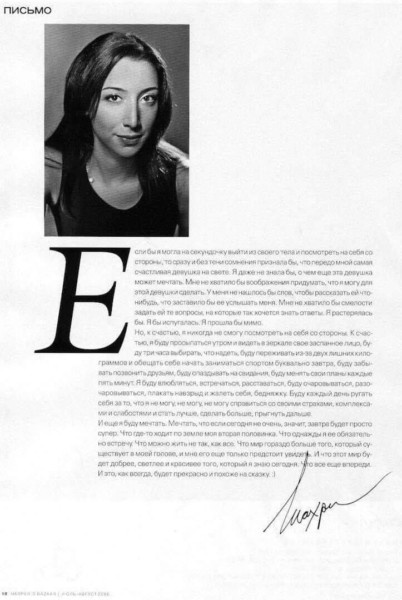 The issue was raised by Ukrainian Telegram fashion channel Kiyov Fashion Lavez that accused Sushko of plagiarism. In one of the channel’s posts it’s said that the Editor in Chief’s letter in the June issue of Vogue Ukraine is very similar to other letter, published in 2006 in Russian Harper’s Bazaar by journalist and designer Shakhri Amirkhanova.

‘The Editor in Chief of the main fashion magazine takes a 12-year-old magazine from her archive and simply writes someone else’s text,’ said in Kiyov Fashion Lavez post.

If one compares two texts, one can really notice that they are really very similar. At the same time, Olga Sushko’s text, suspected of plagiarism, is partially shortened and edited. 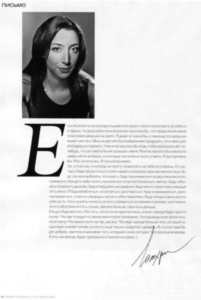 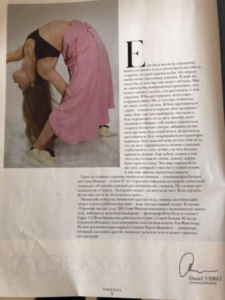 Kiyov Fashion Lavez community demands Sushko’s dismissal. ‘If you’re doing this kind of shit, maybe it’s time to climb down from that high horse and not walk with that smart quasi-intellectual face?’, the channel authors write.

Olga Sushko commented on the accusation: she stated that the text suspected of plagiarism was written by the author, whom she “knew for many years.”

‘This really is a very difficult situation. I want to apologize to the readers and the editorial team. There’s no sense to justify myself. I want to explain. Those who know me, who know how I work, understand that I write quite a lot. Due to the huge amount of current work and because I can simply be out for several days while writing editor’s letter that is a great responsibility and stress, I sometimes assign a freelance author to write it. I discussed the context with the author and considered him reliable, as I have known him for many years, and I trusted him. Shakhri Amirkhanova is a talented journalist and a great professional in her field. I apologize to her and regret that her name appeared in this unpleasant story.

That’s what happened. That’s my mistake. No one is safe from mistakes. We all make mistakes that we later regret. This is a life lesson. It is the opportunity to think and become wiser. In my case, it’s also an opportunity to understand that the editor’s word is not a duty page, but a way to have a direct and personal conversation with the reader.

I know one thing for sure. Vogue Ukraine is the coolest gloss magazine in the country and far beyond its borders. We have the coolest team that one wants to run to every morning to share ideas and have time to make a bunch of different projects. I really hope that my team will forgive and support me. Once again – forgive me, please.’ Sushko shares on her Facebook page.