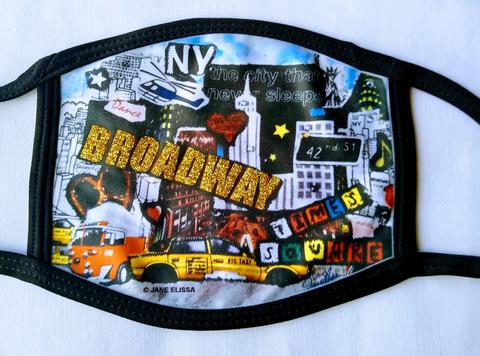 The Broadway League has announced that if you want to attended a Broadway show you must be vaccinated for COVID-19. This mandate comes from all 41 Broadway theaters who will enforce the mandate. This also applies to all performers, backstage crew and theater staff. The vaccine requirement will be enforced for all performances through October 2021. Audience members must show proof of vaccination along with their tickets upon entering a theater. In addition, face masks are required for audience members inside the theaters.

Exceptions to the rules will be made for children under 12 and people with a medical condition or closely held religious belief that prevents vaccination. In these cases, the guest must show proof of a negative COVID-19 PCR test taken within 72 house of a performance’s start time or a negative COVID-19 antigen test from within six hours.

The theater owners anticipate a review of the vaccination policies in September, and they may relax the rules for performances slated for November 2021 and beyond.

“With these procedures in place and recognizing the high vaccination rates among NYC audiences, Broadway continues to make safety our priority. As we get ready for Broadway’s big comeback, the entire theatre community is committed to the highest level of public health standards. We’re all eager to welcome our many patrons and fans back to the magic of Broadway,” said Nick Scandalios of The Nederlander Organization.

Antoinette Chinonye Nwandu’s Pass Over is set to open Wednesday at the August Wilson Theatre.

Hadestown – September 2
The Tony-winning musical tale of the lovers and dreamers from Greek mythology sings out once again at the Walter Kerr Theatre.

Waitress – September 2
Sara Bareilles in this limited-run musical revival based on the 2007 film of the same name. At the Ethel Barrymore Theatre.

Wicked – September 14
Meet the witches of Oz before Dorothy dropped in as Glinda and Elphaba reunite at the Gershwin Theatre.

Come From Away – September 21
Find out the remarkable true story of a small town that welcomed the world on September 11, 2001.

Moulin Rouge – September 24
Experience the thrill of this spectacular new musical based on Baz Luhrmann’s 2001 film featuring pop hits from the past 50 years.

Is This A Room – Previews Begin: September 24, Opening Night: October 1
Tina Satter’s thrilling play based on a true story makes its Broadway debut at the Lyceum Theatre.

Aladdin – September 28
Go on a high-flying magic carpet ride with this beloved story brought to thrilling life at the New Amsterdam Theatre.

Ticket holders for performances scheduled through October 31 will be notified of the vaccination policy.

Suzanna BowlingSeptember 15, 2021
Read More
Scroll for more
Tap
What to Watch: July 31
You Can’t Stop the Beat: The Return to Live Theatre at the Stratford Festival in Canada