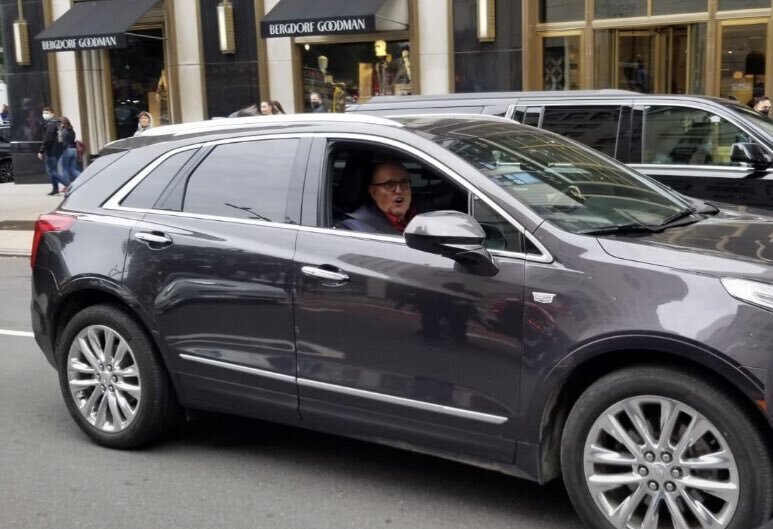 About 1,000 Frum Jews from Monsey, Flatbush, Boro Park and Manhattan – created a car parade, to let their voices be heard in support of President Trump. They were set to end with a 5pm rally at Marine Park in Flatbush.

When #JewsForTrump came to Times Square, Antiifa ripped off flags from the cars, threw red paint on vehicles and punched Trump supporters in the back of their heads. This is the second time in a week anti-Trump protesters have beaten the crap out of Trump supporters. The last time was in San Francisco where police and supporters were bloodied and had their teeth socked out. Just yesterday Cardi B’s husband Offset and cousin Marcelo Almanzar, were detained after driving their car through a Trump rally. Almanzar was carrying a concealed and loaded firearm in public and is out on $35,000 bail.

The anti-Trump protesters in Times Square also vandalized cars, brunt their flags and bloodied MAGA fans faces. The NYPD tried to keep things from spiraling out of control and arrested at least four people.

Rudy Giuliani made a brief appearance, greeting supporters as he sat in the passenger seat driving near Trump Tower.

A massive ‘TRUMP 2020’ flag through the streets of Manhattan

We are a free country, where our rights come from a difference of opinion. We may not have the same beliefs, but we should respect each others choice. Peace is always the answer and rage has never solved anything.