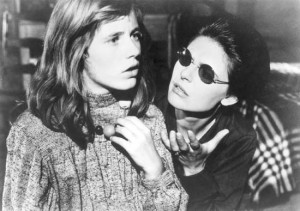 Patty Duke passed away on Tuesday at the age of 69 from a ruptured intestine. Born in Queens in 1946 at the age of 13 Ms. Duke created the role of Helen Keller in The Miracle Worker on Broadway. She went on played there on the big screen and won an Academy Award at the age of 16. Duke became the youngest actor to ever receive an Oscar when she picked up the award for Best Supporting Actress. 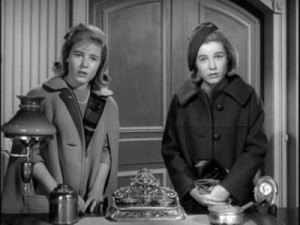 Nominated for an Emmy and a Golden Globe, she would become best known for as Patty and Cathy Lane on The Patty Duke Show. Duke helped to create the characters, spending a week with producers and writers as they came up with an idea for the show, which ran for three seasons. Her life was made extremely difficult  due to her horrible treatment at the hands of John and Ethel Ross, the talent agents her mother had handed her over to when she was just eight to watch over her career and well being. The couple gave her prescription drugs. She accused them of sexual abuse and took almost all of the money she made, leaving her almost nothing at 18. At 18, she also married director Harry Falk who was 13 years her senior. Duke wrote about the difficulties she faced in, Call Me Anna. 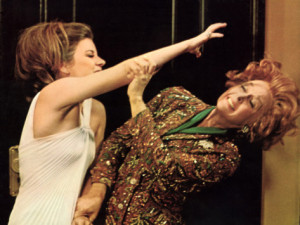 During her marriage to Falk the sitcom ended, but she won the iconic role  of Neely O’Hara in Jacqueline Susan’s Valley of the Dolls. At 23, she started a relationship with 17-year-old Desi Arnaz Jr. The couple split due to Lucille Ball disapproval. Duke made the sudden decision to marry a stranger, Michael Tell, because he  offered her a way out of the tabloid scandal created by Ball’s disapproval and she was pregnant with her first son. Duke and Tell split 13 days after tying the knot and their marriage was annulled. Duke began dating John Astin. Ms. Duke was diagnosed and was drinking and self medicating. She also suffered from an eating disorder and overdosed on pills on more than one occasion, which ultimately ended in divorce in 1970 five years after their marriage. 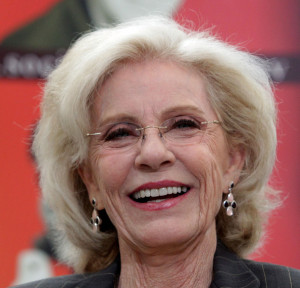 Ms Duke devoted much of her life to educating people about bipolar disorder and continued to work extensively in television. In 1985 was the first woman to play the president on the ABC show Hail To The Chief. She married for the fourth time in 1986 after meeting Army drill sergeant Michael Pearce on set, where he was serving as a technical advisor. She served as the president of the Screen Actors Guild, from 1985 to 1988. In 1988 she gave birth to her third son Kevin. In 2002 she was the Aunt Eller replacement in Oklahoma 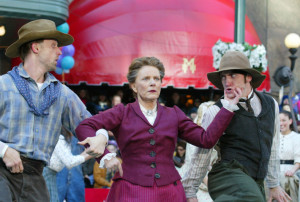 Ms. Duke and Pearce were married until her death.

Magda KatzAugust 6, 2022
Read More
Scroll for more
Tap
Batman vs Superman: Dawn of Mediocrity
Johnny Depp and Alice Through the Looking Glass Look to Be a Hit