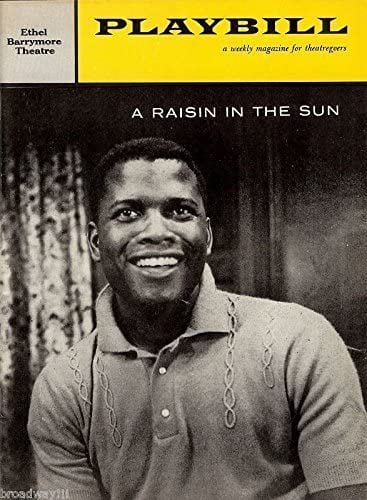 A documentary about the career and life of the late Sidney Poitier is in production at Apple. Poitier received a Grammy for Best Spoken Word Album in 2001 for his autobiography The Measure of a Man, which is the inspiration for Charles Randolph-Wright’s Broadway-bound new play directed by Ruben Santiago-Hudson.

Born in 1927, Poitier grew up in the Bahamas, but moved to New York City at 16. He became a part of the  North American Negro Theatre and landed his first role in the 1950 film No Way Out playing a black doctor treating a racist white patient (Richard Widmark). His breakout role however was playing a rowdy high schooler in the 1955 film Blackboard Jungle, about an interracial inner-city high school.

In 1964 he stared in Lilies of the Field and made history as the first Black actor to win an Oscar. He followed that up with The Defiant Ones (1958) and Porgy and Bess (1959).

On Broadway he starred in 1968 in Carry Me Back to Morningside Heights and followed that up with A Raisin in the Sun from 1959 – 60. The play was filmed in 1961. Lysistrata and Anna Lucasta were his other Broadway credits.

Poitier continued to break barriers onscreen with the 1967 film Guess Who’s Coming to Dinner and Heat of the Night, The Call Me MISTER Tibbs! and The Organization. He would go on to direct hit films like the Richar Pryer and Gene Wilder comedy Stir Crazy, or his film with Bill Cosby and Hary Belafonte, Uptown Saturday Night. He made a rare onscreen appearance with Robert Redford, River Phoenix, Sir Ben Kingsley, and Dan Aykroyd in the 1992 crime comedy Sneakers.

The Tony nominee was 94.

Suzanna BowlingSeptember 19, 2022
Read More
Scroll for more
Tap
Don’t Look Up Hits Hard and On The Mark, Maybe Even a Bit Too Solidly to Laugh Whole Heartedly At
Saying Good-Bye to Marilyn Bergman